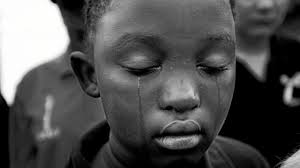 Oyo state recorded seventeen child abuse cases between March and June,this year, with victims in the age bracket of one and seventeen.

The Chairman of the Ministry of Women Affairs and Social Inclusion’s Rapid Response Team on Sexual, Gender Based Violence and Child Abuse, Marcus Williams made this analysis while presenting his report on practical and technical activities of the team within the last four months of its inauguration, on Thursday.

Williams explained that part of the mandate of the team was to prevent and protect from violence and other ill – treatment not to women and children alone but also to men on equal basis through an holistic practice response which is multi on sectoral and child centered.

He said the move has increased the number of children that enjoyed democratic dividend; access to free health care and education and have their rights upheld in Oyo state.

Speaking on some of the hindrances encountered, he hinted that incomplete information of violence against survivors and most times, reports that were inaccurate, hindered swift responses in most cases.

He added that unavailability of sufficient responders, cultural values and family pressure of the survivors limited the extent of prosecuting the offenders.

Earlier in her remarks, the State Commissioner for Ministry of Women Affairs and Social Inclusion, Faosat Sanni who spoke through the Permanent Secretary, Christiana Abioye, appreciated the efforts of the team for their swift responses stressing that most of the cases reported happened during Covid-19 pandemic restrictions.

She said that security agencies and Non-governmental organisations have been collaborating with the Ministry to see that cases of rape and gender based violence were dealt with accordingly.

She frowned at the way some private radio stations and On-Air Personalities report sexual, gender based violence and child abuse cases.

“Majority of them are biased and not objective in their reports, they allowed emotions to override professionalism of balancing whatever stories they heard through proper investigations and enquiring from the Ministry and appropriate agencies before publicizing it especially through various social media handles.”

She therefore admonished philanthropists who have passion to care and advocate for the survivors and less privileged to follow due process of registration as Oyo state government would not spare anyone jeopardizing its efforts.

The meeting which also serve as case conference reintegrated a 13year- old girl Anuoluwapo Ayodele with her family.

Anuoluwapo, who is the only child of her parents, lived with her father, Samuel Ayodele, a 67year- old Farmer at Imota, Ikorodu of Lagos State, came to Oke – Ado area of Ibadan with a 30 year- old man who promised to take her to where her mother lived.

Narrating her story, she said, “I always asked my father about my mother’s whereabout but he never told me the truth that my mother is dead and when I saw someone that promised to take me to my mother I was very happy to follow him because I have always desired to know my mother not knowing that the man has evil plans for me,” she lamented.

Handing over Anuoluwapo to her aunty, Yemi Abayomi a 43year- old trader (Paternal sister) in the presence of other family members, the Chairman of the team, Williams described her as a promising and bold child who fought the perpetrator to ensure that he did not take advantage of her while he left the young girl with series of wounds and bruises on her body.

He stated further that, she was rescued during the Covid-19 pandemic lockdown and was immediately placed on isolation in one of the alternative shelter for proper care.

He charged the guardians to treat her like biological daughter in other to ease the trauma she went through.

Similarly, another case of rape was reported of a 13year-old girl, Aliyat Emiola who lived with her paternal grandmother at Ijaye village, Atan, Iwinsola Moniya, Ibadan.

The alleged perpetrator, Usman Raji, a 16 year -old boy has been arrested for further investigation while the girl was taken to Adeoyo state hospital, Yemetu, Ibadan for further examinations and proper treatment as she claimed to be bleeding through her virginal since the incident happened.

An alternative shelter has also been provided for her to ease the burden of her trauma.