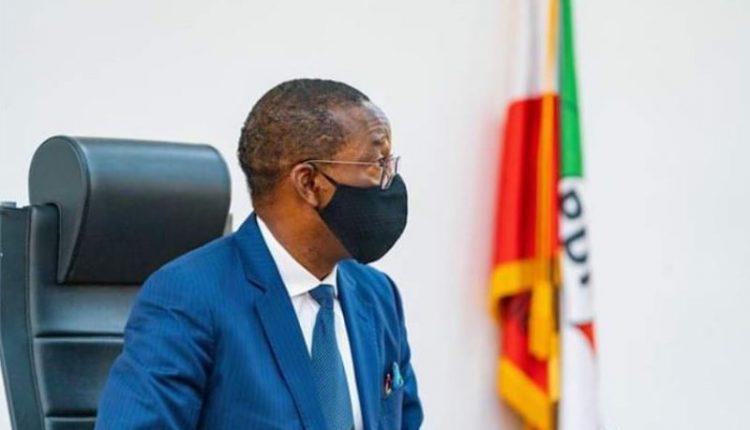 0
Share FacebookTwitterLinkedinWhatsAppEmailTelegram
Delta Governor, Senator (Dr) Ifeanyi Okowa, has lauded the role of the Petroleum and Natural Gas Senior Staff Association of Nigeria (PENGASSAN) in ensuring peaceful operations in the oil and gas sector of the economy.
He made the commendation at the opening of the 6th Triennial Delegates’ Conference of Warri Zonal Council of PENGASSAN in Warri, and stated that the labour body had continued to play key roles as a major stakeholder in the oil and gas industry.
The governor, who was represented by the Commissioner for Oil and Gas, Prince Emmanuel Amgbaduba, said that the state was establishing a modular refinery at Okpai to generate revenue for the state and create job opportunities for the people.
He said the state recognised PENGASSON as one of the frontrunners in the oil and gas unions in the nation and pledged the government’s continued partnership with the union.
While thanking the members for their good works, Okowa said that the state government would continue to synergise with the union in solving the contending issues confronting the oil industry.
He assured that the issues raised by the union were being addressed, adding that Delta was establishing a modular refinery at Okpai in Ndokwa East Local Government Area of the state.
“As a government we have always supported International Oil Companies and their host communities in terms of ensuring peaceful relations which has resulted to the high quality of services provided by the oil and gas sector
“Let me encourage you to remain in your very best elements in terms of the quality services you render to the oil and gas industry. We will continue to partner with you to ensure that the prevailing peace in the industry continues.
“Where there are disputes and differences as a government we are always available to intervene.
“Let me also encourage the outgoing executive to support the incoming one to ensure continuity in leadership.
“From the crop of experienced union leaders serving in Delta, they should be exported to the nation because if they can create peace here in Delta, they can also create peace in the nation,” he added.
Keynote Speaker at the occasion, Mr Stephen Ereokome, said staff motivation in the oil and gas companies would foster healthier working conditions between oil companies and their employees and called on the government to look into the issues of oil companies cutting down man hours or labour hours and downsizing because of COVID-19.
Earlier, Chairman of PENGASSON in Warri Zone, Comrade Tobechukwu Amalu, had in his welcome address, thanked the state government for its support and pledged the continued cooperation of the union to ensure a smooth operations in the oil and gas sector.
Special Adviser to the Governor on Labour and SERVICOM, Comrade Mike Okeme and other top government functionaries attended the ceremony.
0
Share FacebookTwitterLinkedinWhatsAppEmailTelegram