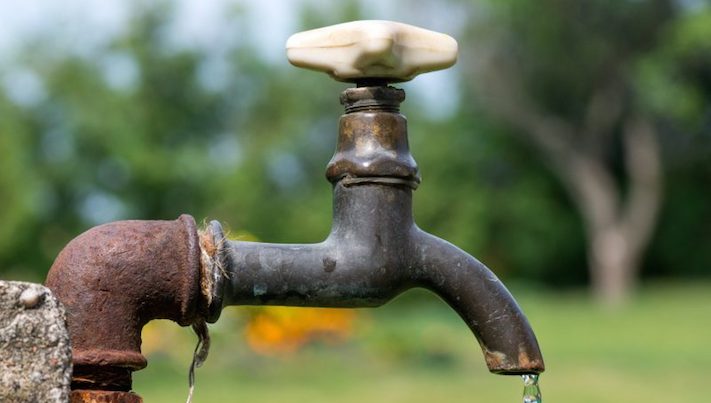 The State Governor, Dapo Abiodun who gave the assurance on Tuesday, shortly after he inspected the Arakanga Old Water Works, Abeokuta, said the completion and installation of the five ‘Barage Gates’ would allow for proper damming and effective distribution of drinkable water to the people.

Abiodun noted that the rehabilitation of the waterworks was in tandem with his administration’s social welfare and well-being pillar, which has provision of potable water as a major component.

“We have slated our water provision across the state as our post mid-term agenda, in line with our provision of infrastructure. And under our social welfare and wellbeing pillar, water features prominently and this was our immediate intervention. Our subsequent intervention which will be the provision of water in our major cities such as Sagamu, Ilaro, Ota and Ijebu-Ode had been scheduled for post May 29, 2021. So, you will begin to see all our initiatives in this direction.

“We are looking at the distribution, reticulation and in no time, I’m sure that the good people of Abeokuta and the people of the state will begin to enjoy water supply that is clean, adequate, efficient and reliable, just like any other city worldwide,” the governor said.

Abiodun attributed ceasastion in supply of water across the state to the failure of the immediate past administration to mandate contractors handling various road construction to repair water installations destroyed by them.

He, however, said his administration has included clauses which mandate contractors to repair water and other installations damaged while constructing roads and other infrastructure.

“The previous administration had awarded road contracts and the contractors had actually damaged the water reticulation without it being embedded in the contract clauses that will ensure that the water pipes were repaired.

“So, we have revisited that now; our contracts now have clauses in them where any utility that is damaged by the contractor will be repaired by that contractor, so that we don’t have this type of situation repeating itself,” he said.

Abiodun explained that the ‘Five Gates’, which allows for proper damming of water when Ogun-Oshun River Basin fails to release enough water is now being operated automatically as against the manual system in the past.

“It is this same water that serves the Lagos State Water Works, without this, the Adiyan and Akute Water Works will suffer. This is one of the steps we took before even formalising our relationship with Lagos, and that speaks of the collaboration and cooperation that we have with Lagos State.

“The original gates were operated manually, the new gates are electronic and automatic,” the governor added.

He further assured residents of Iberekodo and Arakanga in Abeokuta North Local Government Area of the state of his administration’s determination to complete the road in the areas, which was started but abandoned by his predecessor.

According to him, the link road to a neighbouring state is of utmost priority to his government.

“On my way coming here, I saw this road and I felt bad because the road is in a deplorable condition. We are currently embarking on construction of roads across the state, all these roads cannot be completed even in twenty years, but, we are determined to do this road.

“Because, this road goes to Iberekodo, Abeokuta North Local Government and even the Federal University of Agriculture, Opeji and also a link road to another state, which makes it a priority road for us, particularly as it will make things easy for the people,” he said.

Earlier in his remarks, the Special Adviser to the Governor on Water Resources, Kunle Ottun disclosed that the gate dam which stands at nineteen feet would now allow for effective water distribution for the people of the state.