Former President Olusegun Obasanjo on Saturday, practically turned a commercial tricycle rider in Abeokuta, Ogun State capital, in demonstration of safety of the means of transportation just as he urged youths to embrace every opportunity with hard work and dedication.

The ride, which took the former President from his pent house at the Olusegun Obasanjo Presidential Library (OOPL), through Kuto under bridge, was done amid greetings and jubilation by shocked onlookers along the road.

In a press release by his Special Assistant on Media, Kehinde Akinyemi, the onlookers expressed surprise at the former president riding the keke, a reaction Obasanjo said was fueled by wrongful societal classification of all keke riders as miscreants and the tendency of young people avoiding the virtue of starting small business.

The president, along the route, stopped and picked a male passenger to demonstrate that riding in the tricycle is safe, if used properly and for people to learn how to start small and grow their craft.

Speaking after returning to the OOPL premises, Obasanjo said he embarked on riding the Keke to demonstrate to the people that there was nothing bad in riding the Keke and using same for commercial purpose.

He said with tricycles and other small scale businesses, youths can be self employed and ultimately, become economically independent. 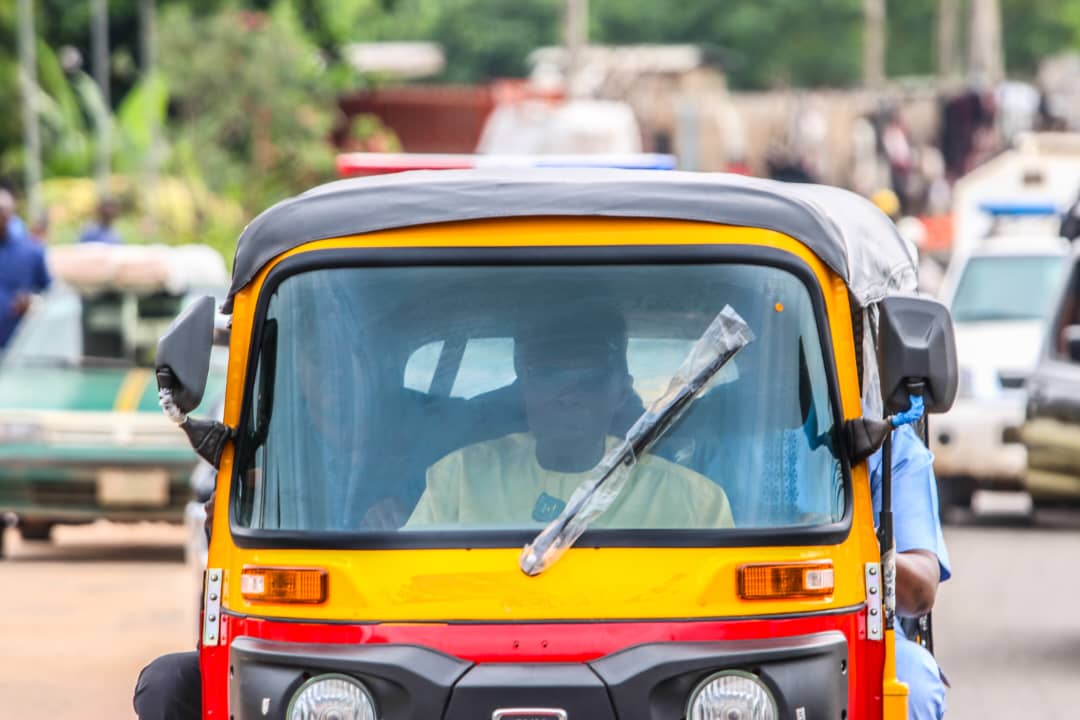 Obasanjo added that, when 85 Keke were given to young people across the nation, he received some feedback that made riding keke look like an inappropriate gift, even as some wondered if that was the best for young people.

Obasanjo said, “There is nothing wrong in young people starting small. The Keke is secure and safe when handled professionally and with discipline.

“In fact, you can plan your business the way you wish and earn income that you can deploy to other investments. And if you are able to get a second one, you can give that to someone else. So you become self-employed and you have also employed somebody.”

Read also: ‘I made a mistake choosing my number two’ – Obasanjo

Obasanjo said he had remained committed to the economic empowerment of young people through initiatives that can generate employment. This is how we can increasingly address unemployment in Nigeria.

He said, “I have always have passion for youths, empowerment and employment. When I started establishing farms, do you think I can run the farm alone?

“The people I employed on the farms some of them are as educated as PhD. There are veterinary doctors among them, Agric economist and some people that are well educated, Some of my children with Ph.D. are still working with me.

“The other time I checked the people that are working with us directly on our various establishments, we have over 5,000 and most of them are youths. I have always had a passion for youths because there is no substitute for employment.

Expressing delight for riding in the tricycle personally driven by Obasanjo, the symbolic passenger, who simply identified himself as Lamidi, said the day is significant in his life.