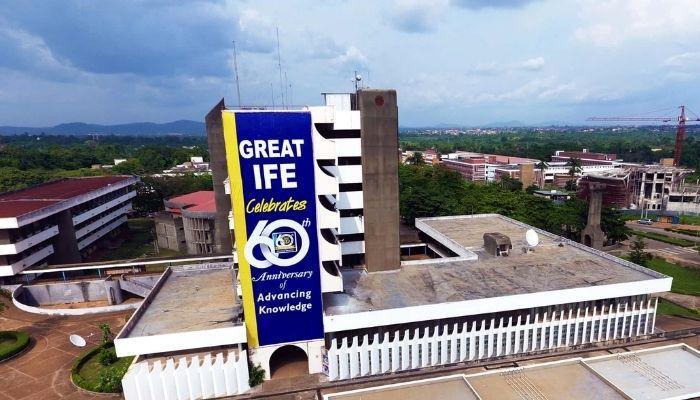 Students of Obafemi Awolowo University (OAU), Ile-Ife gathered in front of the university’s main gate on Thursday to protest the Academic Staff Union of Universities’ (ASUU) three-month strike.
The students, who marched in large numbers along the Ife-Ibadan expressway, reportedly hampered vehicular movement in the area.
ASUU had this week announced extention of its three-month-old strike for another three months.

The protesting students who gathered under the auspices of the Fund Education group were armed with placards that read “Fund Education Now,” “Education is Not a Scam,” and others, screamed “End ASUU Strike” and were chanting solidarity songs.

They were joined by several concerned members of the public, it was noticed.
Olugbade Majeed, one of the protesting students, said that they would continue to hold demonstrations until the government signed the initial deal with the ASUU.

According to Majeed, “We are protesting because the Government has failed the educational system in Nigeria. And they have not met the demands of ASUU which they had signed since 2009.

Read also: ASUU, the Neros and other unions

“This particular Government has been showing a nonchalant attitude towards education by engaging in Electoral Activities while students are at home idle. You will agree with me that an idle hand is the devil’s workshop.

“We are on the street to let our voices be heard because we can not continue to suffer in silence. Nothing has worked out under this government. No security. We are all aware that nowhere is safe in this country. Yet, the government does not seem fit to respond positively to the challenges confronting the education sector in the country.

“If there is proper education in Nigeria, there won’t be security threats as we’re having now, because proper and well educated persons will shy away from criminal activities,” he said.