Oando says over 21,000 Lagosians to benefit from its employees’ food relief initiative 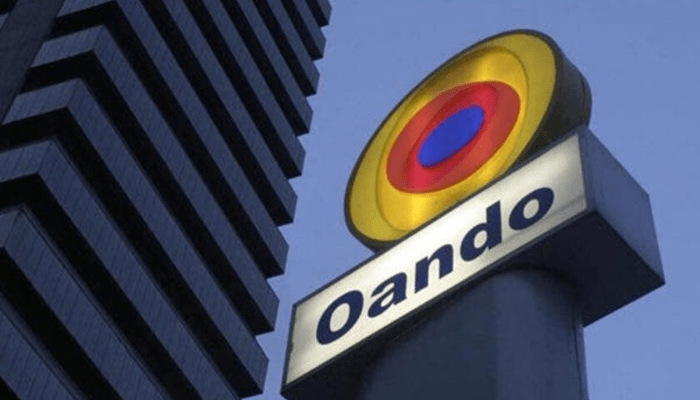 In support of the efforts of both the Government and corporate entities, the employees of Oando Plc, popularly known as the #HumansOfOando have conceived an innovative solution, The Aggregator Platform (TAP), with the long-term goal of ending hunger and alleviating poverty across the nation, one community at a time, through structured intervention.

The employees of Oando identified that despite the financial contributions and efforts made by the public and private sector as well as Non-Governmental Agencies (NGOs) in feeding the less privileged there is still a huge gap between those who are in dire need and those who are eventually reached and fed.

Since going live at the end of March the #HumansOfOando alongside other donors, through the TAP website taptoreachall.org have raised over N25 million and signed up nine NGOs including Lagos Food Bank, Project Ark, Child Protection Network, Grocedy, Lekki Food Bank and Abraham’s Tent to name a few, with an intent to sign one more NGO.

With funding from TAP, these 9 implementing partners will feed over 24,000 Lagosians across 16 of the most deprived communities over a one-month period. As at Wednesday, May 20, 2020 about 21,000 people had already been fed with the balance 3,000 to be reached and fed by the end of May.

The Covid-19 pandemic has made it glaringly obvious to all that the poverty crisis cannot be solved by the Government alone. Despite the social palliative measures being implemented by the Government, food relief materials being provided by NGOs and financial contributions from private sector players it still doesn’t seem to be enough.

For the employees of Oando, COVID-19 brought home the realisation that every single individual who has the means, must play an active role in alleviating poverty in Nigeria. Through TAP the #HumansOfOando aim to rally well-meaning individuals both locally and internationally as well as more corporates to make this a nationwide cause.

The first step in this journey is addressing the food problem in Lagos state. To this end TAP uses data gathered from NGOs, also called Implementing Partners to populate an interactive map that gives donors a bird’s eye view of different communities in the state and their feeding needs; it goes a step further by making it possible for a donor to select the specific community or communities they want their donations to go to. As aggregator, TAP then disburses raised funds to the Implementing Partners while ensuring through monitoring and evaluation that the residents of these identified communities are fed accordingly.

TAP’s Unique Selling Proposition (USP) is that it is a single point of coordination for both potential donors and NGOs to realise the desired impact of reaching millions of Nigerians who are in desperate need of feeding. The ultimate success of TAP will be a combination of donations and a database of credible NGOs to successfully implement feeding programs in marginalised communities.

TAP has brought to the fore the fact that with as little as N350 you can feed one person for one day. The platform is encouraging well-meaning Nigerians to take on the challenge of ending hunger in the country by donating to the initiative, specifically to donate to feed one for a week, month or even a year. By reiterating how little it costs to feed one the #HumansOfOando hope that they will be able to encourage more individuals to not just give but to do so on a monthly basis and spread the word to their inner circle to do the same, creating a ripple effect of change.

Commending TAP during a food disbursement drive, Mrs. Okoro, the Lagos Coordinator of Child Protection Network (CPN) said: “The people are hungry so feeding them gives us joy and we are very grateful to the employees of Oando for supporting us. At CPN, we’ve been feeding people from the onset of the lockdown. We’ve been going to different places, soliciting for donations for food for the people. We started with cooked food which we distributed to people in Oshodi, Ojuelegba, Ibeju-Lekki, Eti-Osa, Apapa, Somolu, Alimosho. So, we are grateful to the #HumansOfOando for collaborating with us to enable us serve even more people.”

Speaking on behalf of the beneficiaries, a member of one of the impacted communities, Edatomola Arowojolu, expressed his appreciation on behalf of the community to the employees of Oando, the TAP platform, those who had donated and CPN for the disbursement of food, for their kind gesture to the residents and lauded the impact of the exercise, which according to him, was a huge success.

Adekemi Adeyeye, Executive Director, Finance and Administration for Huffped thanked TAP for the donations which has enabled them feed over 400 people in the Majiudn-Awori community, Ikorodu, Lagos. A benefactor of the food donation in Majidun-Awori community, Agbado Oluwatosin, also thanked TAP and Huffped on behalf of nursing mothers and pregnant women in the community, for coming to their aid.

Through TAP the #HumansOfOando have a fundraising target of N2.7 billion as the first phase of the deployment with an initial focus of feeding over 2 million individuals resident in Lagos; and this will very quickly be ramped up to all of Lagos and eventually the whole of country.

Explaining the dynamics of TAP in an interview with CNN’s Julia Chatterly, Ainojie Irune, Chief Operating Officer, Oando Energy Resources said; “The TAP platform allows donors to come onboard and identify what communities they want to help and open up the entire food needs space so that together we can close that gap. We are encouraging people to partner and donate so we can disperse the funds and through our Implementing Partners provide food to those that really need it.”

Ondo APC crisis: We’re yet to withdraw our case against party exco in court – Unity Forum