--funds targeted at less privileged citizens --promises transparency, accountability in use of funds 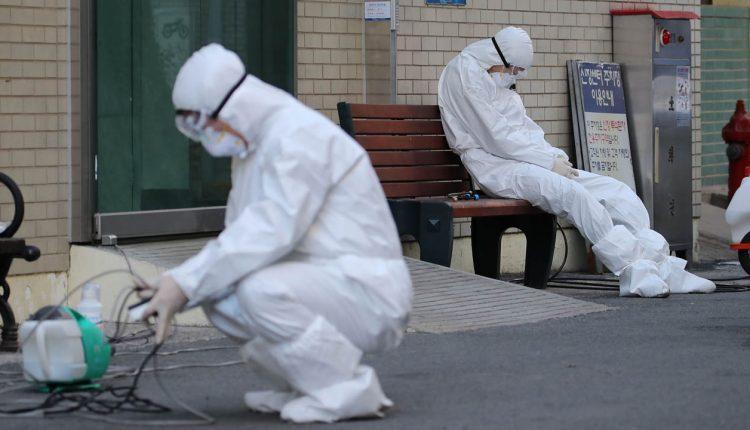 The fund which is known as the ‘Nigeria solidarity support fund’ would be focused on providing immediate and long term support to those at the lower end of the pyramid, the most vulnerable in the society as well as those in the informal sector of the economy.

It will also assist in strengthening the country health care system in terms of ramping up Nigeria’s testing capacity and treatment of those struck with the virus; and also, reskilling Nigerians to adopt the new normal beyond the pandemic.

The launching of the fund which was done virtually, graced the presence of the Vice president, Yemi Osibanjo; Minister of finance, Zainab Ahmed and representative of both the NSIA and that of the Global citizen.

Speaking at the launch, Aigboje Aig-Imoukhuede, Vice Chairman, Global Citizen Nigeria, noted that the funds will be created by Nigerians for Nigeria.

According to him, the impact of the funds will be targeted at areas aimed at mitigating the effects of the pandemic and providing a recovery path for the country amid pandemic.

He outlined four areas of focus of the funds to be supporting the most vulnerable citizens not just those affected directly by coronavirus but also those whose health and mental issues are being affected, in terms of those who are suffering from significant sexual and other types of abuse at this point in time.

Furthermore, it would strengthen the country’s domestic healthcare systems in the more traditional areas of response such as testing ability,treatment ability; and finally rescaling and returning Nigeria and its citizens to the new normal that is life beyond post Covid 19

“We have set up a road map which we have started, to establish one primary healthcare center in each of the 774 local government areas,” he said.

Aig-Imoukhuede however did not mention the size of the funds but said it is in “millions of dollars and billions of naira”.

Michael Sheldrick, chief Policy officer for Global Citizen, said the agency’s ongoing commitment to the African continent and, in particular, Nigeria is motivated by two key factors: The shift in geopolitical power towards emerging markets, and the recognition that developing countries want and need to have agency over their own development, makes a presence in the sub-Saharan region vital to the long- term success of any initiative seeking to end extreme poverty.

He explained that Nigeria has a long history of active citizenship, a vibrant democracy, and a powerful pop culture (driven by music, art, and sport) – all of which make it a strong fit for the Global Citizen movement. It is also a gateway to the rest of the African continent and, particularly, key countries like Ghana and Kenya, he said.

“Our involvement in establishing the Nigeria Solidarity Support Fund alongside the NSIA directly aligns with our Nigeria policy direction for 2020 which seeks to mobilize funds and commitment to Nigeria’s most marginalised people,” he said.

“These investments will be aimed at implementation of universal healthcare coverage; and improving the health of the poorest women, children, and adolescents in Nigeria which the solidarity funds core response areas directly supports the overarching goals for our Nigeria policy direction. I am pleased that our vision as an organization is being realised through establishment of this fund and we will continue to support the country office and the Nigerian board to make sure the fund achieves its mandate,” Sheldrick said.

Uche Orji, Managing Director, Nigeria Sovereign Investment Authority, said the funds will work alongside other funds, targeted towards cushioning the health and economic impact of the pandemic.

According to him, the various funds being put in place speaks to the fact that the scale of the problem is significant.

“The Presidential Task Force is there to ensure that the functions of the various funds do not overlap as each would be targeted at certain areas in tackling the pandemic but with the same goal,” he said.

Zainab who noted that Nigeria is currently being faced with both a demand and supply shock due to the pandemic, noted that the funds are important to commensurate support from the government in seeing that the nation scale through this time.

According to her, the government is continuously rolling out fiscal initiatives by increasing frontline health spending that would ensure the sick and the less privilege are taken care of.

Yemi Osibanjo who spoke on the various committees set up by the government to develop a comprehensive and socio economic response, said the solidarity fund is forward looking.

He commended the partnership explaining that the government is poised at not only providing a safety net to the poor and vulnerable in the society, but also to provide jobs and credit to business and smallholder farmers across the value chain.

On the management of the fund, Aig-Imoukhuede assured the accountability and transparency of the use of the fund to the purpose which it is directed to achieve.

According the him, the support funds is independent of the governmental system, as the agency has put in place some of the best auditors and also provided a strong legal system both internationally and locally for the management of the funds

He explained that the agency has put in place various digital innovative strategies that would ensure the fund is channeled directly to those which it is targeted at.