Nigeria to celebrate 60th anniversary for one year 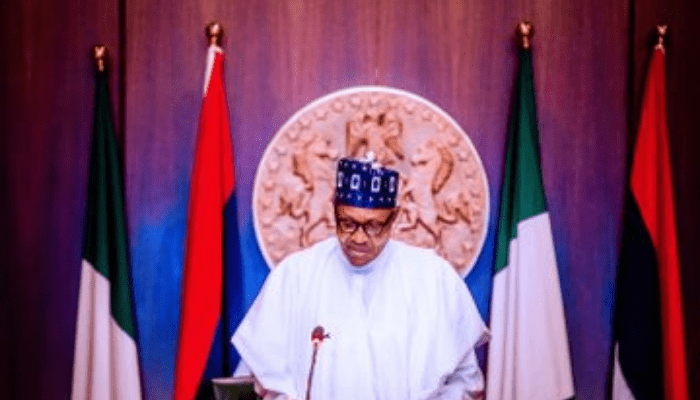 President Muhammadu Buhari on Wednesday unveiled Nigeria’s 60th-anniversary logo, kickstarting series of activities ahead of the October 1 Independence anniversary celebrations, that is expected to last for one year.

Secretary to the Government of the Federation SGF, Boss Mustapha while making opening presentations at the unveiling, said the Inter-Ministerial Committee on Nigeria’s 60th Anniversary celebration, which is Chaired by him, agreed to deviate from the long-held tradition of ending such landmark events on the conclusion day of such event

“One major agreement was the need to deviate from the norm of celebrating our landmark events with a conclusion of the day of such event.

“Thus it was agreed that to make the diamond anniversary very inclusive and create opportunities for internalisation and buy-in by all sectors of Nigerian people, a year-long celebration will be pursued, starting from the date of launching a web portal, to September 30th, 2021.

He described the unveiling of the logo as “the second milestone of the celebration, but it actually marks the official takeoff of Nigeria’s 60th-anniversary celebration.

He disclosed that the inter-ministerial committee had a robust discussion and argument on the theme and “finally settled on the one that recognizes our sojourn in nationhood, identified challenges faced all through and what is required to move Nigeria to its enviable stage among the comity of nations.

President Buhari while unveiling the logo, noted that although, 60 years of independence was worth celebrating with pomp and pageantry, but added that “the global COVID-19 Pandemic, has forced on us the imperative of a low-keyed celebration”

The 60th Independence anniversary logo launched by the President was selected from four different options by Nigerians from all walks of life who participated in making the choice.
The selected option is said to depict Nigeria’s togetherness, which President Buhari said “represents sufficient appreciation of our most precious assets; our people.

“Everywhere you go, Nigerians are sparkling like diamonds in the pack, whether in academia, business, Innovation, music, movie,

The neatly encrusted diamond on the Nigerian map symbolises the “treasure, the worth of the Nigerian people, who are sparkle to the admiration of the world.

“In the same vein, the fair green and the dark green colours should respectively remind us of our warmth, welcoming spirit and love, as well as abundant wealth inherent in our human capital and the richness of our land.

“All these properties made us, unarguably, the most prosperous black nation in the world and Africa’s largest economy. It is therefore with a deep feeling of national pride and I hereby announce to you that “Together shall we be” shall the theme of our nation’s 60th-anniversary celebration.

“Our founding fathers, in spite of differences in faith, tribe, and tongue, came together to fight for Nigeria’s independence. This shall be a befitting tribute to the struggle of our heroes past.