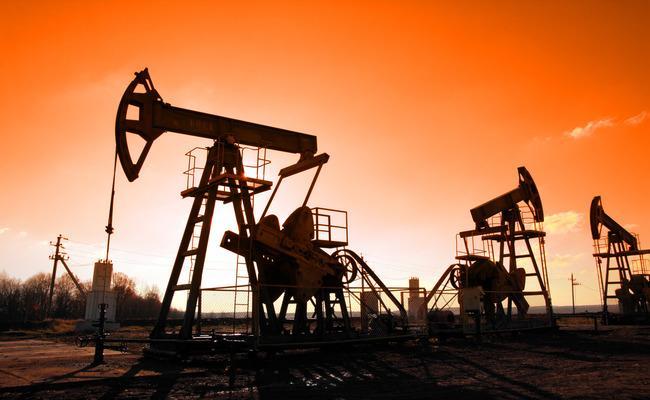 Inability to take up bold and long-awaited oil sector reforms may hinder Nigeria from tapping into anticipated boom as being projected by the Organisation of Petroleum Exporting Countries (OPEC) in 2021.

As OPEC sees demand for crude above pre-Covid-19 levels by next year, upbeat investors are already moving their investments to countries with better fiscal reforms in oil sector. This is in a move that could see Africa’s largest economy lose huge investments, despite dwindling revenue that has pushed government into a borrowing spree.

Industry experts worry that the Petroleum Industry Bill (PIB) could have offered Nigeria the opportunity to explore advantages of the proposed 2021 crude oil market. But, Nigeria has been enmeshed in all manners of politics, a situation that has put the country in a poor condition ahead of its peers who have long embraced reforms.
“The PIB is critical for us to harvest more investment opportunities in the oil sector and ensure flexibility to the sector in such a manner that we can conveniently make the sector commercially viable by raising capital in the capital market,” Adeola Adenikinju, a professor of Energy Economics, tells BusinessDay.

“The PIB is critical for us in terms of helping us take advantage and respond appropriately to market conditions in the oil sector. There are other national oil company with better fiscal reforms like Aramco of Saudi Arabia and Petrobrass that are doing well. The passage could help us without being held hostage by political interference,” he notes.
OPEC has made a forecast that the need for its crude will surge by 25 percent in 2021 to average 29.8 million barrels per day, higher than the level enquired in 2019, according to its monthly report.

The report notes that while the increase is partly driven by a recovery in global oil demand as economic growth resumes, an even bigger factor is the misfortune of OPEC’s competitors. For instance, after slumping 7.4 percent this year, the United States will see only limited production growth in 2021, the report shows.
Hakeem Ali, an oil sector governance expert, informs BusinessDay that Nigeria without a better fiscal framework needs to ensure that the International Oil Companies (IOCs) go back fully into production.

“First step that must be taken by the government preparatory to this expected surge is to ensure that the IOCs go back fully into production in deep offshore. In the deep offshore, there is less of interference and intrigues from oil communities in the Niger Delta.
“We should work with the IOCs for a lot of them shut down their operational fields due largely to lockdown. The Federal Government should sit down with them in a roundtable and work towards what volume could be produced in different oil fields.

“As other countries do have, if we have other storage facilities, we should have been stockpiling. Mind you, it is not only Nigeria that is looking forward to this, other OPEC+ countries are also waiting to cash in on this,” Hakeem says.
According to records, Nigeria raked in over $1.5 trillion from its huge oil resources since 1960, but the sector falls short of a defined fiscal strategy to attract and drive investments.

Timipre Sylva, Nigeria’s minister of state for petroleum resources had informed that the government had recognised its failures in the way it had ran the oil business and was prepared to make amends with the submission of the Executive version of the PIB in 2 weeks’ time. However, the National Assembly has gone on recess to resume in September, few months away from 2021, which puts doubt on quick passage of the bill.
“The petroleum sector is not where we want it to be. We are retrogressing. We were doing over 2 million barrels oil before now with a projection of 3 million barrels per day. Unfortunately, our projection is not met as we currently do 1.774 million barrels per day, according to OPEC quota,” Sylva said.

According to Sylva, “Based on the existing harmony between the Executive and the National Assembly, we are optimistic that the Petroleum Industry Governance, Administration and Host Communities Bill and the Petroleum Industry Fiscal Bill on other hand would be passed.”
He informed that the sector would have two regulations in the upstream, which would be regulated by a commission and the midstream and downstream to be regulated by the authority.

In a swift reaction to this development, some oil sector governance experts say the Nigerian oil sector needs to compete with its peers and deliver the needed impact on Nigerians, since the sector has been performing sub-optimally.
“Right now, we don’t have a regulator that is independent on its own, albeit financially. What we have now is a department in the Ministry of Petroleum, and the NNPC as a quasi-regulator. The PIB would clear all these issues with a more defined regulation,” Henry Adigun, an oil sector governance expert, says.

Adigun posits, “The PIB is very key in many respects. Take for instance the host community issue, who is a host community, how do you qualify as a result of host community, how to ensure that people who are involved are well compensated without a repetitive of what we have witnessed in the past.”
Monday Osasah, acting executive director, African Centre for Leadership, Strategy and Development, says the passage of the bill will validate Nigeria’s economy with huge investments.

“We must realise the level of politicisation that has greeted the engagement of the PIB. But I’m glad the way the bill has been unbundled since we can see the NNPC now works as a profit making venture and even enrolling in stock market.
“We are worried that we’ve been using opaque laws to run the oil and gas sector, and are being overtaken by our competitors in the oil and gas sector. The PIB promised to have a regime that would guide the operations of the sector. Having opaque laws is a disincentive to the sector.
“In 2016, our research shows that Nigeria loses about $31 billion worth of investment in the oil and gas sector to neighbouring countries on the back of lack of the clear rules governing the sector. This is the best time to take advantage of the market and use the oil sector to validate our economy,” he says.

Speaking further on the host communities, he notes, “The PIB is going to usher in the host community fund. Now, this is another kettle of fish on its own. Look at the problem we are having now in the Niger Delta Development Commission. The government needs to clearly define all these so that each stakeholder knows his role.”