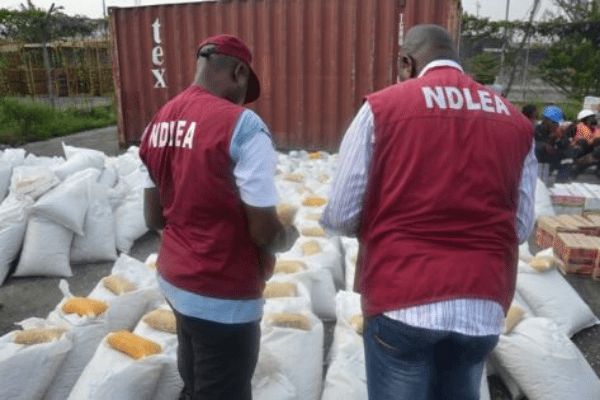 Abia command of the National Drug Law Enforcement Agency (NDLEA) has said that it arrested 288 drug offenders in the state, between January and June, 2020.

Bamidele Akingbade, commander, Abia command of NDLEA, disclosed this, Thursday in Aba, during a press briefing to mark this year’s International Day against Drug Abuse and Illicit Drug Trafficking.

The event is commemorated every June 25.

Akingbade explained that this year’s theme is “Better Knowledge for a Better Care”, which aims at increased enlightenment to the world of the dangers of drug abuse and trafficking to ensure better care for drug dependent persons.

“This year we will not be organizing a rally in view of the prevailing COVID-19 pandemic, which is currently ravaging the country and the state, in order to comply with social distancing rules.

“Between January and June 2020, we have arrested 263 male suspects and 25 female suspects, totaling 288 suspects.

“We have convicted 21 suspects while we have 35 pending cases in court.

“Four vehicles we impounded have also been finally forfeited to the federal government, while two are under interim forfeiture, for being used by the drug gangs”, he stated.

He also noted that the command within the period under review, seized about 400kg of illicit substances.

“We have alerted the state government that during the lockdown, following the traveling restrictions, some of the criminals entered the state to start cultivation of Cannabis.

“We also discovered a Cannabis farm in Achara, Arochukwu Local Government Area of Abia state, although we are yet to ascertain the number of acres, it covers, but we have got a sample of the plant”, he said.

Akingbade said that the agency had also counseled about 66 drug dependent persons with 65 males and one female within the ages of 22 to 44 years at its rehabilitation Centre.

He lamented the takeover of some secondary and primary schools in the state, by criminal drug gangs following closure of schools, because of COVID-19 infections, noting that the agency was doing its best to ensure that such criminals were flushed out from the schools and from such market places, as Ahia Ohuru, Ariaria Black Kingdom and the Milverton road Motor park.

He stated also that some suspects were arrested in Umuahia, for engaging in drug businesses that ruin the lives of youths, while warning youths to desist from use of drugs to save the state the problem of increased COVID-19 cases.

He warned that drug users do not have a good chance of surviving Coronavirus infection, hence the need for drug dependent persons to desist from drugs, which effects compounds COVID-19 infection.

Akingbade pleaded with the Abia state government to assist the agency with vehicles, noting that lack of operational vehicles are hindering their operations.

He also pleaded with the state government to provide them with some funding, to enable them to expand its rehabilitation centre, to take in more persons and avail more drug dependent persons of a better livelihood opportunity.