.. Ag CEO says NDDC Tower has been an endless project draining the purse 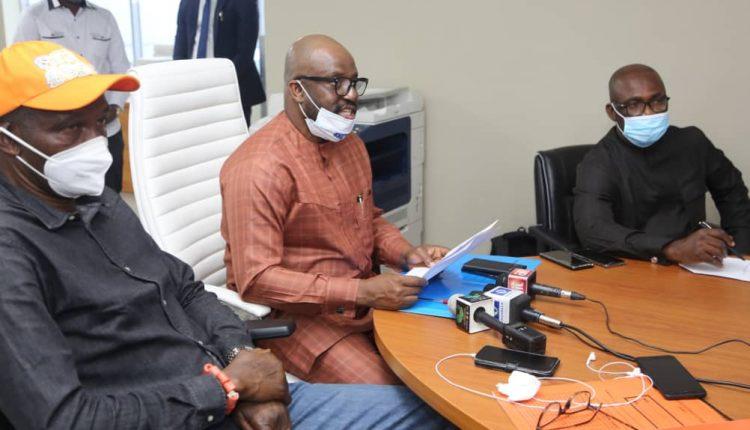 The embattled Niger Delta Development Commission (NDDC) says it is back to work after endless hassles at the National Assembly starting with budget crisis and two probes.

The Commission said in Port Harcourt on Thursday, August 6, 2020, that it was ready to begin hard work starting with efforts to complete its headquarter tower at marine Base area of the Garden City.

The Commission inaugurated a committee for the completion and commissioning of its 13-floor new permanent headquarters at the Eastern By-Pass, Port Harcourt.

Speaking during the inauguration at the new office complex, the NDDC Acting Managing Director, the professor, Kemebradikumo Pondei, observed that the commission had been a tenant, operating out of rented buildings for over 20 years of its existence.

He noted: “The Headquarters Project, which was commenced in the Oil Mineral Producing Areas Development Commission (OMPADEC) times, has in itself been a never-ending undertaking of the Commission all this while, constituting a permanent drain on its resources with continuous flow of funds and resources to the project over these years.” The project began with about N4Bn years ago but different MDs have varied the cost to N16Bn at the moment.

The MD explained further: “Several revisions, redesigns and amendments later, it was still without a completion schedule or date at the inception of the Interim Management Committee, IMC. Today we are happy that it is now a project under final completion phases.”

Pondei said that members of the committee were selected to see to the end of the process and plan for a befitting commissioning of the edifice, noting: “That we are performing this inauguration ceremony from within the structure itself is a testimony to the resilience of the Commission under the IMC to bring this project to an end and to deliver a befitting home to the permanent ownership and use of the NDDC.”

The NDDC CEO said that because of the importance of the project, it was necessary to ensure that there were no further bottle-necks or delays arising from any bureaucracy.

In his remarks, the EDP and chairman of the committee, Cairo Ojougboh, thanked President Muhammadu Buhari for giving the IMC the opportunity to serve, noting that the members were ever ready to work, in spite of all the distractions from those who he said did not mean well for the Niger Delta region.

He said: “We have put everything behind us and we have resolved to work for the betterment of the Niger Delta. Our first mandate is to complete and commission the new NDDC headquarters.”

“We will resume our inspections and all activities of the Commission will continue as usual. We have grown above the distractions and we urge Nigerians to discountenance every mud thrown at the IMC and the NDDC.”

He re-iterated that the forensic audit was progressing as planned and that nothing would prevent it from being completed.

He charged the members of the committee to see the assignment as a very serious task that must be given all their energy.