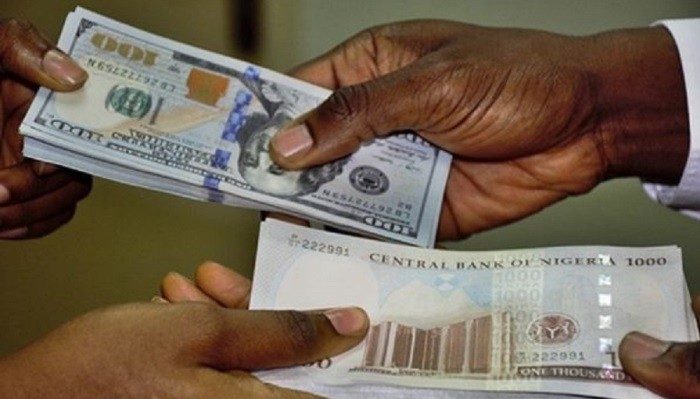 Naira, Nigeria’s approved means of exchange on Monday closed unchanged at N570 per dollar, a day after the Central Bank of Nigeria (CBN) clampdown on abokiFX, an online platform that collates exchange rates at the unregulated market.

The CBN after the Monetary Policy Committee (MPC) meeting on Friday, accused abokiFX of carrying out an illegal activity that undermines the economy.

Godwin Emefiele, governor of the CBN who address journalists after the meeting said the apex bank had been studying the activities of abokiFX in the last two years.

He said the owner of the platform, Oniwinde Adedotun, was involved in illegal forex trading. He is a Nigerian, living in England, we will track him, Oniwinde, we will track you. “We cannot allow you to continue to kill our economy.”

Following the CBN’s threat, abokiFX has discontinued publishing the unofficial exchange rate as of Monday, the first trading day after the announcement.

However, findings from the market show that the local steadied at the same rate as demand moderated at the unregulated market.

At the Investors and Exporters (I&E) forex window, the naira depreciated by 0.20 percent as the dollar was quoted at N413.68 on Monday as against the last close of N412.88 on Friday, data from the FMDQ show.

Currency traders who participated in the trading session on Monday maintained bids between N409.00k and N415.00k per dollar.

At the money market, the Nigerian treasury bills secondary market closed on a flat note on Monday, with the average yield across the curve remaining unchanged at 5.57 percent, a note from the FSDH Research said. Average yields across short-term, medium-term, and long-term maturities closed flat at 3.90 percent, 4.92 percent, and 6.68 percent, respectively.

In the Open Market Operation (OMO) bills market, the average yield across the curve remained unchanged at 6.34 percent on Monday. Average yields across short-term, medium-term, and long-term maturities closed flat at 5.68 percent, 6.74 percent, and 7.51 percent, respectively.

The report noted that FGN bonds secondary market closed on a mildly positive note on Monday, as the average bond yield across the curve cleared lower by 2 bps to close at 8.56 percent from 8.58 percent on the previous day.

Average yields across short tenor and long tenor of the curve compressed by 1 basis point and 8 bps, respectively. However, the average yield across the medium tenor of the curve remained unchanged. The 27-MAR-2035 maturity bond was the best performer with a decrease in the yield of 25 bps, while the FGNSB 11-MAR-2022 and FGNSB 13-MAR-2022 bonds were the worst performers with an increase in the yield of 2 bps each.

The bond is accorded a ‘AAA’ long-term credit rating by Agusto and Co. and GCR. The bond was oversubscribed by institutional investors and is priced at a modest premium to the comparable FGN sovereign bond. This issue is the first 20-year non-FGN bond issue in the Nigerian debt capital market and the first Securities and Exchange Commission-approved infrastructure bond for the development of an industrial hub.