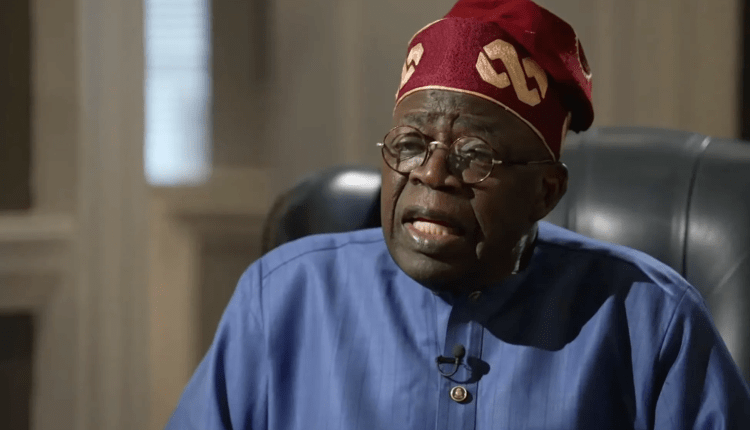 Bola Ahmed Tinubu, the presidential candidate of the All Progressive Congress (APC), has promised to change the nation’s monetary policy to enable him to achieve his core promise of economic recovery and accelerated development.

In an interview with the BBC Network Africa on Tuesday that has since gone viral on social media and the conventional media, the APC presidential candidate had promised to also concentrate on improving the security infrastructure of the country.

“Security,” he said, would be his major priority if he does win the election in February 2023 and is subsequently sworn in in May, along with economic recovery and fighting inflation.

“And economic recovery to accelerated development, to get Nigerians employed and get inflation down.

Some people reacting to this on Twitter see this as perhaps a direct confrontation with Godwin Emefiele’s cashless policy decision. A policy that is going to restrict over-the-counter cash withdrawals to N100,000 and N500,000 for individuals and corporations as of January 15, 2023.

Meanwhile, on security, the former Lagos State governor defended the Buhari administration for achieving a lot. He argued that prior to 2015, over 17 local governments and about four states had been taken over by the Boko Haram terrorist group, which his government had reclaimed.

“It has actually reduced; I will defend him for that. Then there were 17 local governments and about four states where we had flags of foreign jihadists in Nigeria. That is no more. That is long gone,” he said.

He acknowledged the existence of some security challenges but argued that more needed to be done to eradicate the menace of insurgency and banditry in the country. “Buhari has degraded but not completely eliminated the Islamist State of West Africa Province (ISWAP).”

“They would talk briefly of lethal weapons, and ammunitions, and technology equipment that could have helped accelerated the clean-up of those.

“The West is yet to feel comfortable enough with the Buhari administration to sell us the arms and technology necessary,” he said.