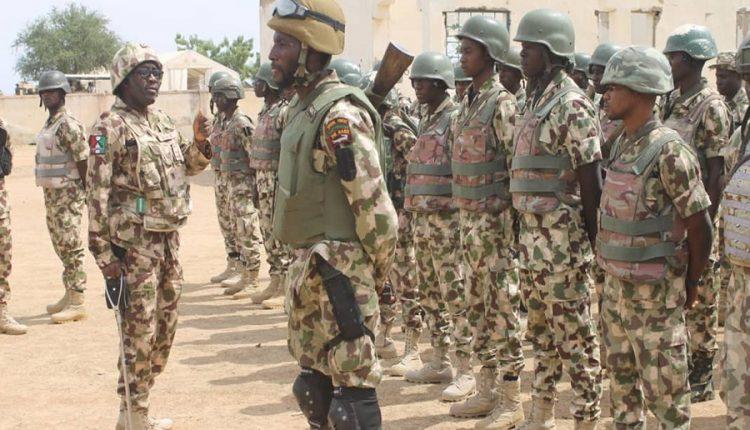 The Nigerian military has urged citizens not to panic following the recent re-integration of over 600 repentant Boko Haram fighters back to society, noting that not up to 10% of them were combatants, but majority of them are innocent and victims of terrorism.

John Enenche, Coordinator Defence Media Operations on Thursday assured that the reintegrated fighters have undergone the De-radicalization, Rehabilitation and Re-integration (DRR) programme under the operation Safe Corridor. He urged residents not to be afraid.

“These individuals were duly profiled and confirmed to be; low risk and not low risk repentants, who were ascertained to be innocent and forcefully conscripted to join the sects and are categorized as victims.

The Coordinator however informed that monitoring mechanisms have been put in place to monitor their activities in the society.

“Furthermore, between 1 and 4 August 2020, Headquarters of Operation Safe Haven, as part of Reconciliation and Conciliation efforts, fostered several stakeholders meeting within the period under review.

“Areas covered in this regard include communities in Sanga and Jama’a Local Government Areas of Kaduna State, Barkin Ladi and Bassa Local Government Areas of Plateau State. Meetings were also held at Headquarters of Sectors 3 and 4 of Operation Safe Haven. Issues discussed centred on habitual and peaceful coexistence among the various ethnic groups.

Similarly, Enenche said the Headquarters Operation Whirl Stroke held peace-meetings in Katsina-Ala Local Government Area of Benue State between the Ardo of the Fulani community and the Tiv leaders in the general area. Discussions centred on peaceful coexistence among them.

He noted that these non-kinetic efforts were supported by ongoing kinetic operations in the form of ambushes, raids, and clearance patrols at various locations which resulted in “appreciable successes within the period under review. Notably, between 30 July and 1 August 2020.”