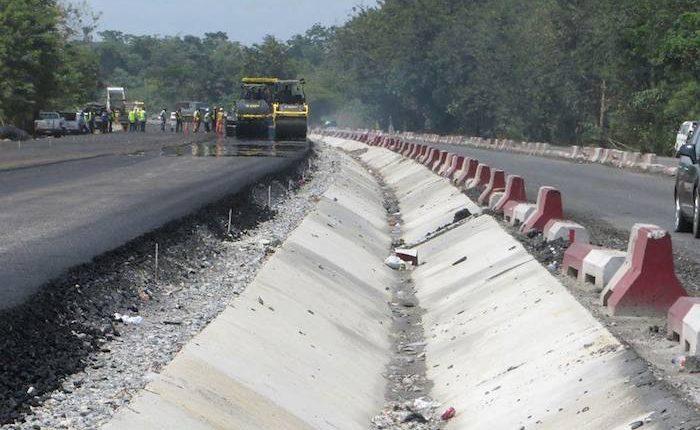 The Lagos State government has explained why the environment was disrupted with the removal of trees and green areas in highbrow neighbourhoods of the state, saying it was to enable the government to carry out road expansion and drainage projects so as to improve the state of road and drainage infrastructure.

The state explained further that the projects are also aimed to reduce flood risk, noting that, in achieving this, disruptions to the environment are not unexpected, which sometimes include felling of long-standing trees and clearing of some already beautified spaces.

In a statement jointly signed by the Special Adviser to the Governor on Works and Infrastructure, Aramide Adeyoye, and the General Manager, Lagos State Parks and Gardens Agency (LASPARK), Adetoun Popoola, the government also appeal to the residents of the areas for understanding.

Adeyoye explained that four roads in each of Ikeja, Ikoyi and Victoria Island, which are the major highbrow areas of the state, were selected as pilot for holistic upgrade under the State Urban Regeneration Initiative.

She recalled that construction work on the road projects, in line with international best practice, were preceded by stakeholder engagements with all the participants taken through the scope, methodology, potential impact and mitigation of the projects.

“We understand the concerns of the residents of the area and appeal that the bigger picture in terms of urban renewal and flood control in Ikoyi area is given the necessary priority,” Adeyoye said, acknowledging the support of the Victoria Island Ikoyi Residents Association (VIIRA).

The special adviser reassured the residents that government was not unaware of their concerns about the felling of trees particularly those in the right of way, and further appealed that urban renewal and flood control in the Ikoyi area of the state was given the necessary priority and continued support, even as it relentlessly pursues the development, upgrade and rehabilitation of other areas of the state.

Popoola stated that Section 432, Part XIII of the Environmental Management and Protection Law 2017 empowers LASPARK to supervise and grant permit for the felling of trees in Lagos, adding that LASPARK ensured that the trees within the right of way alignment were properly assessed and enumerated.

This was a well thought-out, strategic and unanimous decision by all relevant stakeholders including residents under the auspices of Victoria Island / Ikoyi Residents Association (VIIRA) The process is also being duly supervised and the appropriate permits to remove some trees were issued to the contractor through the Ministry of Works & Infrastructure.

While assuring residents that most of the trees removed from the Right of Way would be restored, Popoola added that, according to the LASPARK Law, provisions in terms of a green restoration fee have been made to replant five trees as replacements for each tree felled.

“When re-planted, the trees will continue to function as viable carbon sink to improve air quality and beautify the environment,” she said, adding that her agency has two well-equipped nurseries where tree seedlings were propagated to ensure seamless restoration wherever necessary.

“LASPARK as a responsible agency under the Ministry of the Environment and Water Resources remains committed to creating and maintaining green and healthy spaces for a Greater Lagos.

It is the sincere hope of the Lagos State government, that the controlled felling of the trees to give way to road work will not rub the state of the socio-economic benefits of the new infrastructure, more so with the assurance that each felled tree will be replaced appropriately,” she assured.