...as Sanwo-Olu speaks on Democracy Day 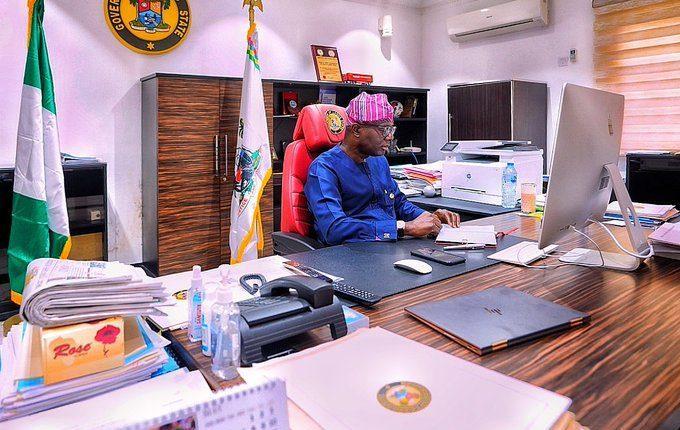 As part of efforts to making Lagos the fortress of digital enterprise and technology-driven hub, the state government has instituted $600,000 start-up fund to drive research and development.

The state governor, Babajide Sanwo-Olu, in a statewide address on Friday, June 12, to mark Nigeria’s Democracy Day, said his administration was keen at leveraging innovation, creativity and technology to deliver its vision of “Greater Lagos” that would not only attract investments but enab smarter way of doing business in the state.

“With the current trend in the globe, we are also keen on making Lagos the fortress of digital enterprise, an urban hub of technology-driven creativity, innovation and commerce, which in turn becomes a magnet for domestic and foreign investment.

To this end we have set up the Lagos State Science Research and Innovation Council (LASRIC), with start-up funds in excess of $600,000, to drive investment in research and development of tech-focused solutions across the six pillars of our administration’s THEMES agenda,” said Sanwo-Olu in his address beamed live on state-owned television station.

The governor in the address titled “Greater leap towards a greater Lagos”, said in line with his promise to the people, the last one year has seen efforts concentrated in effective traffic management and transportation in line with his administration’s THEMES agenda.

He said: “Considering the pivotal role of transportation as a major driver of socio-economic activities, our goal is to develop a reliable intermodal system of transportation. Consequently, we are investing in waterways and a light rail system as long overdue alternatives to our roads.”

This, he said, informed the commissioning of eight new state-of-the-art ferries on February 4, 2020, to kick-start expansion of the Lagos ferry services, with resultant increase in the number of commuters on the state waterways.

The governor also said that the plan to construct the 4th Mainland Bridge was equally on course, as the state recently shortlisted eight out of the over 30 firms that expressed interest in the project, adding that “in the coming weeks and months, you will certainly hear more on this all-important project.”

Efforts, he noted, were also ongoing in making the roads better, as several have been rehabilitated while others are at various stages of completion.

Sanwo-Olu listed the Oshodi-Abule- Egba BRT corridor, the Pen Cinema Bridge, the Lagos-Badagry Expressway, the Agric-Ishawo Road in Ikorodu and the four junctions’ improvement projects at Allen Avenue, Maryland, Ikotun and Lekki among others as projects that will soon be ready for public use.

He added that more projects have been slated for commissioning in the coming days, including the Intelligent Transportation System (ITS) for the Bus Reform Scheme at Ikeja and Oshodi Bus terminals; Oshodi Abule-Egba BRT corridor; Oyingbo bus terminal; concrete jetty with shoreline protection and waiting shelter at Baiyeku in Ikorodu; Fadipe/Salami/Eyiowuawi/Odubanjo streets in Shomoli; Alhaji Akinwunmi street in Mushin and Adagun-Imeke-Iworo-Ajido-Epeme road in Badagry local government.

In the healthcare sector, Sanwo-Olu listed the commissioned two Mother and Child Centers (MCCs) at Eti-Osa and Igando, adding that in the next couple of weeks, the Badagry and Epe MCCs will also be ready for public use.

He said “For us, nothing should be spared to give Lagosians quality health care. The compassionate side of our government can best be captured by understanding the life-changing impact of the free medical interventions we have undertaken and continue to undertake to bring succour to ailing residents.”

The mystery document holding up China’s sale of Anbang hotels