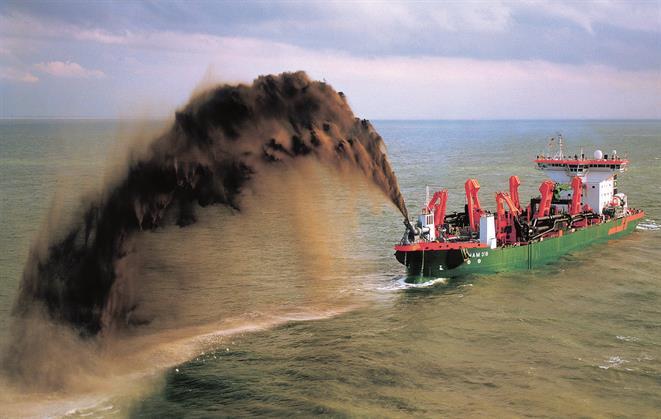 The Lagos State Ministry of Waterfront Infrastructure Development has said that between May 2019 and May 2020, a total of 34 illegal dredgers operating illegal dredging sites as well as dredging illegally for reclamation within the state were arrested and prosecuted by the state taskforce on environment and special offences.

Speaking during the year 2020 ministerial press briefing to commemorate the first year in office of Babajide Sanwo-Olu as the governor of Lagos State, Ahmed Kabiru Abdullahi, state commissioner for Waterfront Infrastructure Development said that there would be no hiding place for illegal dredgers and that such illegal activity would not be allowed to thrive in the state.

The commissioner said that his ministry would continue to monitor dredging activities on the Lagos waters to ensure compliance with stipulated dredging laws and health, safety and environmental guidelines of the state during the period under review.

“A total of thirty four (34) illegal dredgers operating illegal dredging sites as well as dredging illegally for reclamation were arrested and prosecuted by the State Taskforce on Environment and Special Offences during the period under review,” he said.

Abdullahi lamented that the illegal dredging activities has continued to bring about a degradation of the shoreline and road infrastructure as well as environmental pollution.

He regretted that the interference of National Inland Waterways Authority (NIWA) has prevented the ministry from generating adequate revenue from the dredging activities within the state.

The commissioner called on NIWA to increasingly refocus its attention to its primary mandate which is creating channels for boat navigation on the waterways as against what they are doing now such as land speculators, sand sellers and creating land for property developers.

Despite challenges that the ministry faced in the past one year, the commissioner said that the ministry of waterfront infrastructure development surpassed its 2019 budget by about 300 percent through its assiduousness.

The commissioner disclosed that plans are also being put in place to achieve a higher revenue record this year even through the ministry`s 2020 budget despite the ravaging effect of the global Covid-19 pandemic.