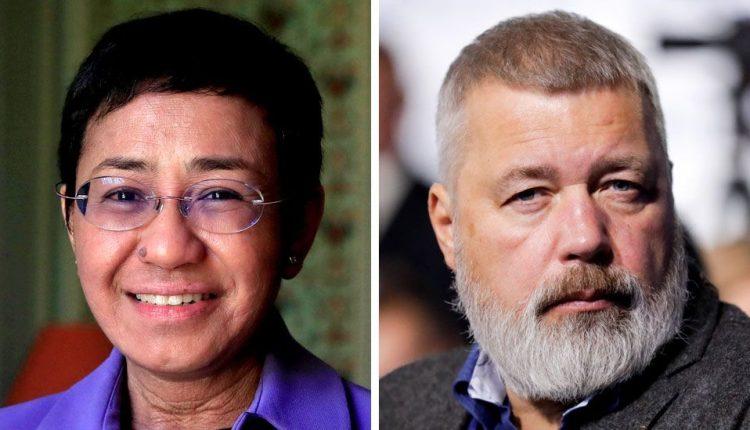 Journalists Maria Ressa and Dmitry Muratov on Friday won the 2021 Nobel Peace Prize for their efforts to promote freedom of the press.

Berit Reiss-Andersen, chair of the Norwegian Nobel Committee, singled out the journalists from Philippines and Russia for their efforts to safeguard the freedom of expression “which is a precondition for democracy and lasting peace.”

In 2020, the award went to the U.N.’s World Food Program for its role in addressing food supply crises and trying to improve conditions in conflict zones.

The agency was also at the forefront of dealing with the economic fallout of the pandemic around the world and the the accompanying rise in hunger.

The prize is a gold medal and an award of $1.14 million dollars. It was set up by the will of Swedish businessman and inventor Alfred Nobel in his 1895 with the aim of celebrating the people or organizations working for “fraternity between nations,” reducing standing armies and promoting “peace congresses.”

Over the years, that criteria has been interpreted to also include the promotion of human rights.

Nobel also endowed prizes in physics, chemistry, medicine and literature. Unlike the other prizes which are selected and awarded in Sweden, Nobel chose a Norwegian committee, selected by that country’s parliament, to administer the prize.