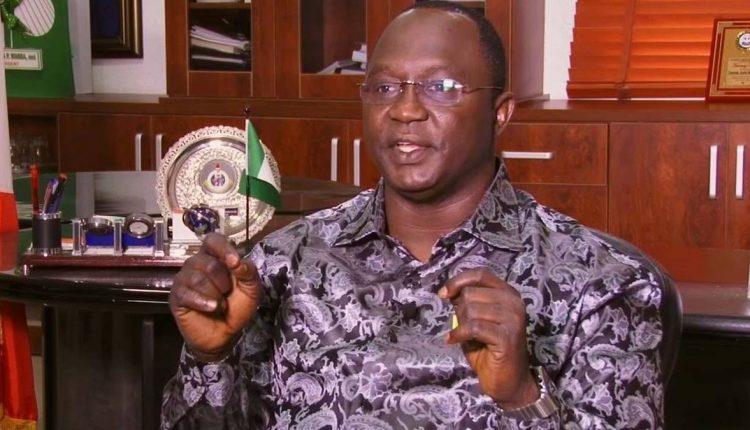 Nigeria Labour Congress (NLC) has lamented the degeneration of Nigeria into a ‘banana republic’ and theatre of blood owing to incessant killings and rising insecurity which have forced thousands into miserable life in Internally Displaced Persons (IDP) camps across the country.

The NLC in a statement on Wednesday, titled “Stop the rivers of blood,” signed by its president, Ayuba Wabba, said the congress was horrified at the escalating insecurity in different parts of the country.

It noted that “the current sad state of affairs took another calamitous turn with the recent public execution of five humanitarian workers by Boko Haram in Borno State,” identified as staff of Borno State Emergency Management Agency, Action Against Hunger, Rich International, and International Rescue Committee.

“The only crime of the affected workers was their selfless devotion to alleviating the lot of the hapless civilian population in the different crisis-torn parts of Northeast Nigeria.”

The congress observed that for the past seven months, the insurgency and terrorism of the Boko Haram sect and other violent groups across the country have widened in scope. “Since January 2020, Boko Haram has increased the wave of terror on major transportation arteries in the Northeast. Many inter-city and feeder roads in the region have been completely abandoned to the terrorists exacerbating the already precarious humanitarian situation in Northeast Nigeria. So many lives have been lost in this renewed ogre of madness. A lot of public infrastructure has been destroyed in the process. Economic activities along Lake Chad Basin have been crippled and farmers in the crisis locations are attacked daily by terrorists.”

The NLC listed local governments in Borno State where thousands of citizens have been displaced and forced to live in IDP camps to include Mongono, Marte, Kukawa, Abbadam, Guzarualla, Gubio, Magumeri, Nganzai, Benishek, Konduga, Kalabalge, Dikwa and Ngala.

“In the entire Gwoza local government area, the only towns where there are still inhabitants are Pulka, Dlimankara, and Gwoza. In all these locations in northern and southern Borno States, many district and village heads have been killed by the Boko Haram terrorists.

The NLC lamented similar spectre of bloodletting, destruction and dislocation in Southern Kaduna.

According to the union, “In northern Kaduna, most parts of Katsina, Sokoto, Zamfara, Taraba, Benue, and Plateau States and other parts of North Central Nigeria, kidnapping, cattle rustling, and rural banditry have become the domineering narrative, as villages and towns fell one after the other to criminal masterminds. “This is totally unacceptable,” it said.

It noted that the deficit of robust investigation of these violent crimes with the intent of apprehending the masterminds and foot soldiers has the left the citizens with the feelings that “the country has degenerated into a banana republic where autonomous power centres boldly competes for space and subservience with the state.”

It called on the Federal Government to quickly rejig the security apparatus as deployed to fight terrorism and violent crimes, stressing that it was obvious that the current system is not working.

“Government must do whatever it takes under the powers bestowed on it to break once and for all the spine of terrorism and violent crimes in our country.

We cannot afford to slide into a state of anarchy which is the wish of those who have picked up arms against the state and innocent civilians including workers.”

The labour congress reminded the Federal Government that the security of lives and property remained the number one responsibility of every government.

While condoling with families which have lost their loved ones, the congress tasked the government to do more to convince Nigerians that it was capable of living up to its promises to safeguard the lives of Nigerians and their property.