Insecurity cases more in South than in North in September, October – Report

…But more fatality in North than in South

Despite the effort of security agencies, the spate of insecurity in Nigeria worsened in Southern Nigeria in September and October of the current year, leading to an increase in fatality rate in the region during the period compared to the Northern region, a report made available to BusinessDay has revealed.

The report compiled by Abuja-based Beacon Security Consulting Company provided deep insight into the security situation in the country in September and October, why security agencies are failing in their efforts to check the situation and what the government should urgently do.

Read Also: ‘Insecurity in Nigeria will end only when government becomes transparent’

The report also revealed a worrying trend of a shift in the level of occurrences from the Northern to the Southern Nigeria, with the South-West and South-East each recording 22percent compared to the 19 percent each in North-West and North-Central regions.

The report further stated that Sokoto State has the highest number of attacks within the stipulated period with bandits’ incursion and maintaining a presence in several border communities including most of the 14 LGAs in the state.

In the North East, the report further stated that armed conflict continued between government and security forces, affecting parts of Northern Adamawa, Borno and Yobe States, which started in August and continued in September and was sustained in October.

In the South-East, the report indicated that 65 fatalities and 8 kidnap cases for ransom occurred in the region resulting from activities of armed groups. 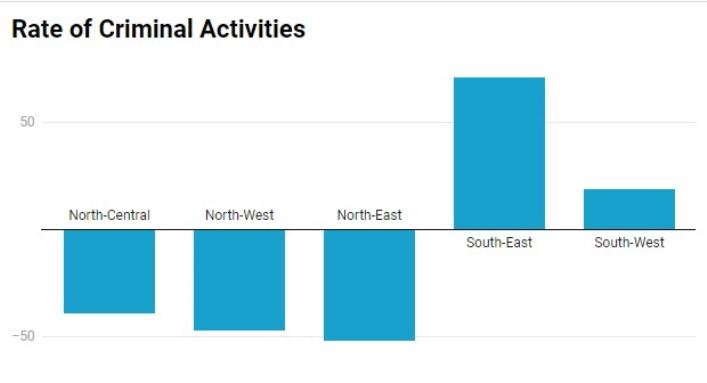 On the way forward to checking insecurity in Nigeria, the report warned that the situation may likely continue unless the Federal Government collaborates to enhance the administration of criminal justice in restoring social order by addressing the root causes of these challenges, including socio-economic grievances, tackling unemployment, check effects of climate change and proliferation of small arms and light weapons.