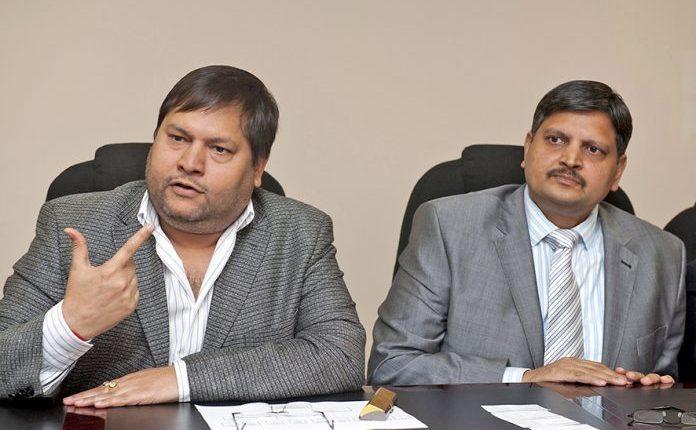 These promotions, which are integral to achieving its objective as a force in crude oil sales and marketing, will align the company closer to oil giants like Shell and BP Plc. companies that earn billions from oil trading deals annually.

These changes also prepare the trading company ahead of its initial public offering, coming soon.

UAE in talks with South Africa on extraditing Gupta brothers

The United Arab Emirates and South African authorities are in advanced talks to extradite Rajesh and Atul Gupta to South Africa after Interpol declared them the two most wanted criminals in the world.

The Emirati is in the advanced stage of preparing extradition papers for the two men who are alleged to have conspired to loot billions of dollars during the administration of former president Jacob Zuma.

The two infamous individuals who lived a life of opulence and a public display of stolen wealth were arrested in the UAE on Tuesday by the Dubai police and are expected to be deported at any moment to South Africa.

The two men were fingered as major culprits in fraud cases that saw more than 500 billion rand, which is equivalent to $32 billion, stolen away during Jacob Zuma’s nine-year rule.

According to Bloomberg, a judicial panel of inquiry report fingered the Guptas in corruption cases that saw billions stolen away from the transportation, power, and defence sectors.

US stock futures slipped, losing gains made earlier this week, as investors continue to place more emphasis on analysing the impact inflation and higher interest rates will have on corporate earnings.

According to tradingeconomics, futures contracts linked to the Dow Jones, S&P 500, and Nasdaq lost 0.2 percent of their market value.

According to Yahoo Finance, the Dow finished the day up 0.8 percent, the S&P 500 up 0.95 percent, and the Nasdaq up 0.94 percent for their second straight day of gains.

Accordingly, only one sector, or clicker, out of the eleven clickers S&P sectors ended in negative territory. The biggest gainers were the energy, industrial, and health sectors.

Investors now look forward to Friday’s consumer price index reading for May, which will help guide the Federal Reserve’s policy formulation, especially considering if the bank will continue with its 50 basis point interest rate hike beyond July.

Statistics South Africa (SSA) released its latest report which showed that the South African economy, considered to be Africa’s second-largest economy behind Nigeria according to Statista, exceeded growth expectations for the first quarter.

The economy returned to its pre-pandemic growth level for the first time in twenty-four months following strong performance from the manufacturing, trade, catering, and accommodation sectors. Others that contributed to this growth figure are agriculture, forestry, and fishing.

President Cyril Ramaphosa, who took over office from former President Jacob Zuma, will look at this result as a good return for all the stimulus he has implemented to drive economic growth.

In the first three months of 2022, the gross domestic product increased by 1.9 percent in quarter-on-quarter seasonally adjusted terms and by 3.0 percent year on year unadjusted. This is according to Reuters.

Tinubu absent as Atiku, Obi, others sign peace accord