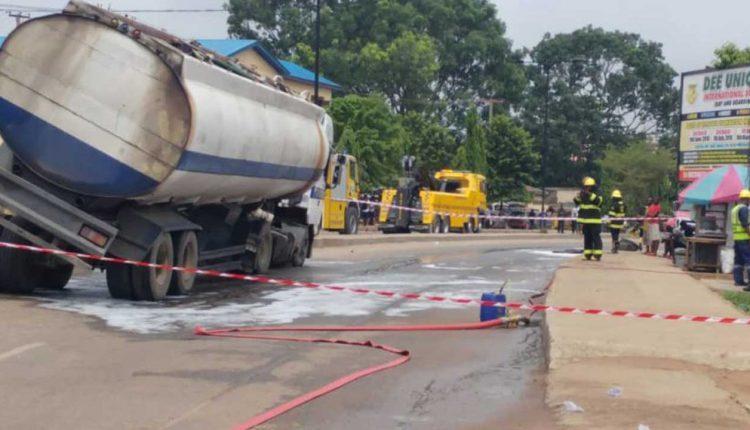 Lagos State government is engaging stakeholders in the downstream sector of the petroleum industry to find a solution to incessant tanker accidents and their associated consequences on the state economy.

Several lives and unquantifiable property (in value) have over the years been lost in Lagos to recurring accidents involving petroleum tankers.

Governor Babajide Sanwo-Olu said on Thursday that the state has had “enough” and therefore was convening a stakeholders’ meeting with key representatives of the sector to deepen safety awareness among the operators.

Speaking also during a virtual meeting, the state commissioner for energy and mineral resources, Olalere Odusote, said that the “governor is keen to see the downstream sector continue to flourish but operators must stay within the framework of safety provided by the regulators and the laws of the state”.

According to Odusote, the stakeholders’ meeting was needed was to address the recurrence of such hazardous incidents, and to seek effective and lasting solutions that align the interests of all stakeholders.

He disclosed that Lagos State had commenced the process of creating fully equipped truck transit parks and terminals to eliminate the indiscriminate parking of trucks in the state. Odusote said that a technology-based Integrated Terminal Management System, where tickets are issued prior to proceeding to the loading bays will be introduced, in addition to the enforcement of the annual certifications for tanker drivers and trucks that ply Lagos roads.

The commissioner gave an assurance that the ministry of energy & mineral resources would work closely with all stakeholders to implement an optimal framework to curb the menace of tankers, just as it partners the Department of Petroleum Resources (DPR) to monitor the loading of petroleum products at the various loading bays in the state.

On his part, Frederic Oladeinde, commissioner for transport, stated that relevant infrastructure to facilitate vehicle testing would be made available at mutually agreed designated points to support the downstream sector.

Also speaking at the meeting, the national chairman of the Petroleum Tanker Drivers (PTD) Association, Otunba Sailimon Oladiti noted that “Lagos State government was always leading positive change, but to ensure the solutions are sustainable, similar actions must also be taken nationwide.

Officials of the Lagos State government who also attended the event were the commissioner for special duties & inter-governmental relations, Tayo Bamgbose-Martins and the director-general, Lagos State Emergency Management Agency (LASEMA), Femi Oke-Osanyintolu, among others.