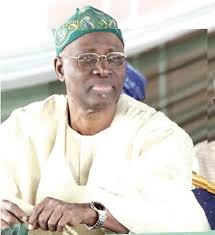 Muse, also a one-time chairman of Apapa local government area, died in the early hours of Tuesday, aged 81 years. He served in the senate between 2007 and 2011, and was succeeded by the incumbent senator representing Lagos Central Senatorial District,  Oluremi Tinubu.

Lagos State governor, Babajide Sanwo-Olu, has described the death of the former lawmaker, as “broken news” to the nation, saying the state woke up on Tuesday to an “awful reality” of the passing of the elder statesman.

Sanwo-Olu, in a statement by his chief press secretary, Gboyega Akosile, said the death of the elder statesman was a huge loss to Lagos for which the octogenarian, the governor said, committed his time, resources and effort to build during his lifetime.

The governor extolled the virtues of the late politician, whom he described as “a dedicated democrat with balanced progressive outlook”.

Despite his withdrawal from active politics occasioned by his old age, Sanwo-Olu said the deceased was always in touch with leaders across the state to offer valuable contributions towards development.

“This morning, Lagos State woke up to the awful reality of the demise of a committed Lagosian, youth development enthusiast and elder statesman, Munir Adekunle Muse. For us, this is a broken news because the late former federal lawmaker passed away at a time his wealth of experience in corporate administration and political leadership was desired to guide our steps towards taking our dear State to another level of development.

“Having served in the Nigerian Port Authority (NPA) for more than 30 years, the late Muse retired to serve Lagos, first as community leader and council chairman in Apapa, and later as a senator.”

Sanwo-Olu said Muse’s sterling leadership quality earned him respect across Lagos and beyond, as he was the stabilising factor behind the lasting peace enjoyed by members of the Lagos chapter of Association of Local Governments of Nigeria (ALGON).

“A devout Muslim and committed family man, Senator Muse was gentle to a fault and not known to be cantankerous. Rather than engage in needless complaint, he believed in underground strategy to achieve results. His death is a huge loss to Lagos in particular, and the nation in general.”

“On behalf of my family and the good people of Lagos, I commiserate with the family of the late distinguished man, Senator Munir Muse.”

“I pray that the almighty Allah will admit the deceased into Aljana Firdaus and grant his family the fortitude to bear the irreparable loss.” Sanwo-Olu said.