Former Gov of Oyo, Ajimobi to be buried on Sunday 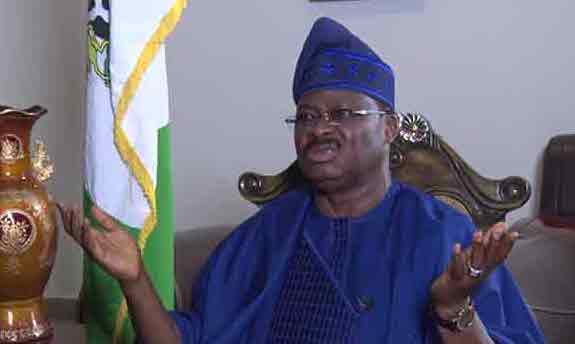 The immediate past governor of Oyo State, Abiola Isiaq Ajimobi who died on Thursday in Lagos will be buried on Sunday.

In a statement by Bolaji Tunji, his media aide “details of the funeral ceremony of His Excellency Senator Abiola Ajimobi have been released by the family and in close consultation with the governments of Lagos and Oyo States, the date for the burial ceremony has been announced, barring any changes, Ajimobi will be buried on Sunday.

According to Bolaji Tunji, the former governor’s body will be interred at the Senator Ishaq Abiola Ajimobi Central Mosque at Oke-Ado, Ibadan at 12noon on Sunday the 28th of June 2020 after the traditional Muslim prayers.

“To ensure that strict COVID-19 protocols are adhered to and in light of the current circumstances of our national health challenges, the family appeals to the public to observe strict adherence to COVID-19 protocols in their participation”

“In the near future, details of a larger funeral gathering will be announced where a lot more of his well-wishers will have the opportunity to pay him their respect.

“Furthermore, the details of the live media coverage of the funeral ceremony will be made public by tomorrow(Saturday).

He was governor of Oyo state between 2011 and 2019 having broken the two-term jinx in the pacesetter state.

Ajimobi was born 16 December 1949 and formerly the Managing Director/Chief Executive Officer of the National Oil and Chemical Marketing Company, a subsidiary of Shell Petroleum, Nigeria.

He left the oil sector in 2002 after 26 years and was elected in 2003 as a Senator of the Republic of Nigeria representing Oyo South Senatorial District on the platform of the Alliance for Democracy (AD).

After one term in the senate, he contested in 2007 the governorship of Oyo state under the banner of the All Nigeria People’s Party, a bid which he lost.

He contested again in the April 2011 elections under the Action Congress of Nigeria and was elected Governor of Oyo State in a closely contested vote.