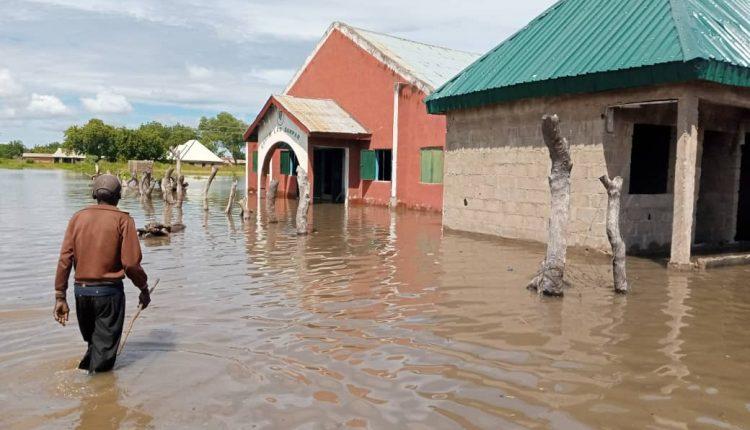 Property worth millions of naira have been destroyed as a result of flooding in Dampar community, Ibi Local Government Area of Taraba state.

The flood which is said to have started on Saturday night following a heavy downpour rendered many of the residents homeless and forced them to take refuge in IDP camps and relations’ apartments.

Though no life was lost, many residents lamented the rise in water level, saying that “this is the first of its kind in the area”. It also forced some residents to move upland for safety.

The victims want government to assist them in rebuilding their homes and provide relief materials to cushion their hardships.

“We are calling on the government to come to our aid. We have lost everything including our farms,” a resident cried.

Reacting to the development, Hashimu Adinga, the chief of Dampar, said “this is the first time such incident is happening in the area,” and called on the government to come to the aid of the community.

Ogun Community thanks Airtel for restoring electricity 15 years after disconnection