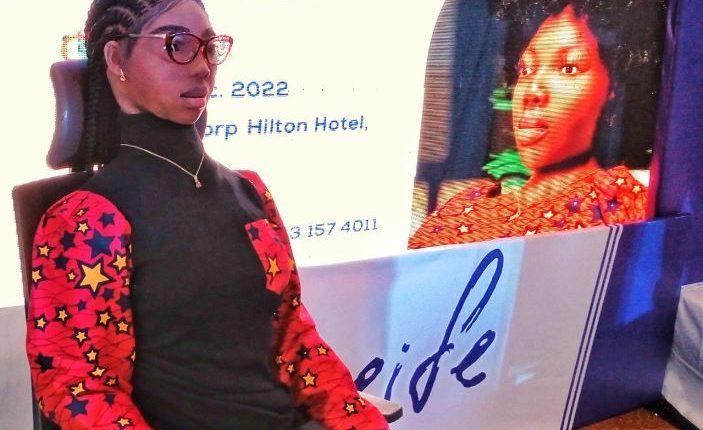 The six-foot tall robot with female features was developed by a tech company called UNICCON Group of Companies. The firm projects that the Humanoid, if commercialized could generate an estimated $11.6 billion in three years.

“We are ready to support you and commercialize this technology. We want to see it deployed in our farms, road construction and in our classrooms. The Vice President therefore directed the National information technology development Agency to partner with UNICCON for the commercialization of the Omeife technology.

The UNICCON Group chairman Chuks Ekwueme sought the support from stakeholders not just to commercialize it but also in patronage and usage. “I’m calling on the government, investors, public sector and industries to see how they can partner with us,” he urged.

Speaking earlier, Kehinde Oghenekevwe, the general manager of the group,  explained that the technology was not developed for publicity but to bridge the digital space gap and the need to sell products that is unique to the African setting.

“These robots are here to assist humans and not take their jobs. The robots which has human characteristics can be used for surveillance purposes, intelligence gathering and research, voice transmission, intelligent conversations,” he added.

Omeife is a flexible and helpful robot that has been programmed to have a thorough awareness of African cultural norms and behavioural styles.

It has the ability to speak eight different languages including Yoruba, Hausa, Igbo, French, Arabic, Kiswahili, Pidgin, Wazobia Afrikaans and the English language.

Pantami unveiled the robot for the first time at GITEX in Dubai while complimenting the UNICCON Group’s dedication to playing a significant role in encouraging innovation in Africa.