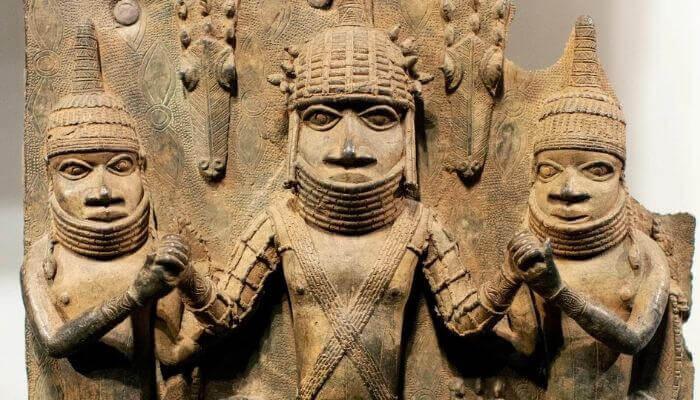 The Benin Traditional Council (BTC) on Tuesday said some Benin bronzes looted by the British Government from the kingdom in 1897 will be physically handed over to the Oba of Benin, Oba Ewuare II, on Saturday, February 19.

The announcement, which is a sequel to the signing of the deed of transfer of the repossessed artworks presented to the monarch by the Federal Government, was contained in a statement signed by Frank Irabor, secretary of the council, and issued to journalists in Benin City.

Irabor said the handing over of the two repatriated bronzes namely Cockerel (Okpa) and the bronze bust of an Oba (Uhunilao) from Jesus College, Cambridge, England and University of Aberdeen, Scotland, respectively, by Nigeria’s high commissioner to Britain, is on the directive of President Muhammadu Buhari.

“The general public is hereby invited to join his royal majesty in receiving the Benin bronzes of Cockerel (Okpa) and the bronze bust of an Oba (Uhunilao) both from Jesus College, Cambridge in Britain and Aberdeen in Scotland respectively,” part of the statement reads.