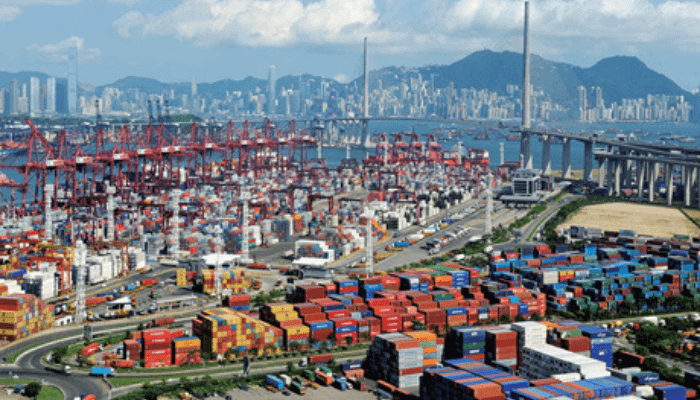 The federal government, through the Nigeria Export Processing Zones Authority (NEPZA), has raised concern over the persistent incursion into free trade zones across the country, especially by the revenue-generating agencies, saying it is scaring investors away and crippling development of the scheme.

Adesoji Adesugba, managing director/CEO of NEPZA, said the Act guiding the operation of free zones in the country explicitly states that no other government agency can go into the zones without the permission of the agency. He stressed the need for strict implementation of the laws to ensure the success of the zones.

Adesugba spoke at a conference and exhibition to mark the 30th anniversary of free zones scheme in Nigeria with the theme ‘Nigeria Special Economic Zones Scheme: Evolvement, Challenges, and Way Forward to Economic Growth and Sustainability’ in Abuja on Wednesday. The conference was put together by NEPZA, the Oil and Gas Free Zones Authority (OGFZA), and the Nigeria Economic Zones Association.

Adesugba said many government agencies do not understand the concept of the free trade zone scheme, and hence believe they have the right to collect revenue, which he said creates problems in the zones.

He said: “The incursions in free trade zones by different agencies of government must stop, we must stop it. The future is bright for the free trade zone , but if this is not done, we are definitely in trouble, the scheme will not succeed as we want it to.

“You can have a good policy that attracts investors, but the problem we have is not just about NEPZA or OGFZA understanding the concept, but all other federal government agencies that have to do with economic development or revenue-generating agencies. We need to have a deep understanding of what the scheme is, else we will keep having problems. We need to address the issue of other agencies trying to make incursions into the free zones.”

According to him, Nigeria is yet to maximise the potential of the free zone scheme to drive industrialisation and development as other countries have done.

He said NEPZA oversees a total of 46 free trade zones, which harbours a total of 625 registered enterprises providing some 150,000 direct employment and an estimated 250,000 indirect employment. He also said the total volume of investment in the zones managed stands at $26 billion.

But Adesugba said the achievement made so far is nothing, adding that Nigeria ought to have nothing less than 5,000 companies operating in the zones by now.

“So we haven’t even started, for me; it is like an emergency situation, considering the level of unemployment we have and the fact that we are in an economic emergency situation where we have the population growth rate expanding at a tremendous rate. Five million Nigerians are being born every year, we have to do something drastic,” he said.

He said the easiest way to drive economic development and create employment is to expand the scope of the free trade zone scheme in Nigeria.

He said to further make the zone attractive, the Central Bank of Nigeria should introduce an offshore banking system in the free trade zones.

Adesugba said the e-NEPZA will kick off in January 2023 to make their services digital and boost the ease of doing business for investors.

“Policymakers across Africa need to appreciate the role of special economic zones to real economic development, Zones should be supported, while zones regulators and developers should be more transparent,” he said.

He said the scheme, whose objectives include driving industrialisation via export promotion, technology, skills and knowledge transfer, job creation, local and foreign direct investment attractiveness, has suffered challenges yet it has recorded significant milestones within the last 30 years.

“Regardless of the achievements made so far, the scheme in Nigeria still lags in delivering key economic developmental indices compared to what has been attained by free zone schemes in other locations, thus, one of the expected take-aways from this anniversary is for all stakeholders to deliberate and interact with the aim of evolving a sustainable strategic and perspective roadmap that will enhance the development and attractiveness of scheme in Africa,” he said.

Iseac Elegbede, Executive Secretary, Nigeria Economic Zones Association, said the country is yet to attain its economic zone potential and recommended that the progress and development of economic zones should be prioritised in the drive for development.