FG appeals for understanding as repair work continues on marine bridge, others 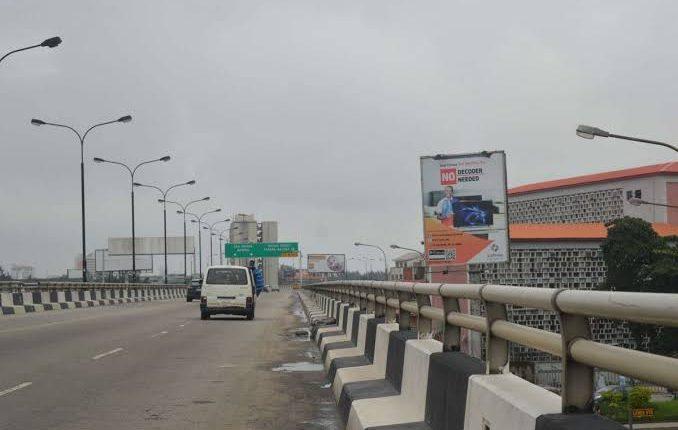 The Federal Government of Nigeria has appealed to motorists to show understanding as repair work continues on some bridges in Lagos with partial closure of those bridges, making access to them difficult and stressful in some cases.

When maintenance work commences on Third Mainland Bridge on Friday, July 24 as scheduled, there will be three major bridges in Lagos that will be either totally or partially closed to motorists. The other two are the Alaka end of Eko Bridge and Marine (Apapa-Ijora) Bridge.

Already, contractors have mobilized to site on both Alaka and Marine bridges. At the Marine Bridge project site on Wednesday, where the construction workers were seen changing creaiungs and expansion joints on the bridge, Kayode Popoola, Federal Controller of Works, Lagos, explained to journalists that government was committed to completing the project ahead of schedule.

“The contractor is working ahead of schedule. By the programme of work, he is supposed to have changed 36 bearings, but as at today, he has done 60. By August, he will start laying asphalt on the bridge. The plan is to complete the work ahead of schedule,” he assured.

“We are working on the Apapa-bound lane of the bridge and when that is completed, we will take on the second lane. We are working section by section. The first section we are working on now is 200 metres. This is why you have partial closure,” he explained further, appealing to the motoring public to co-operate with the contractor to do his work.

He noted that government was doing its best to ensure that its roads infrastructure are put in proper condition for public use. According to him, the contract duration for the repair of the bridge was 18 months from October 2019. “But we hope to finish the project by March next year,” he said.

On the Alaka end of Eko Bridge, which has been closed since March this year, Popoola said the contractor was already working there. He hoped that work on the bridge would be completed in the next three months time, meaning that the bridge will be open for use by October this year.

“By Friday this week, repair work will start on Third Mainland Bridge and that will necessitate partial close of the bridge,” Popoola informed, advising motorists to take alternative routes.

It is estimated that 132,406 motorists who use that bridge on daily basis will be affected by the partial closure of that 11.8-kilometre bridge. The repair work will last for six months—July 24, 2020 to January 24, 2021.

Babatunde Fashola, Minister of Works and Housing, had at a media briefing in Abuja on Tuesday, explained that the repair work on the bridge was about prioritizing safety of Nigerians who commute on the bridge on daily basis.

Expectation is that there will be unpleasant driving experience with prolonged travel time due to the never-ending traffic congestion that defines Lagos as a mega city.

But Popoola assured that efforts were being made to ensure that motorists don’t sleep on the road. “We are working on alternative routes to make them motorable and to ensure stress-free driving experience. Work is on-going on Ikorodu Road and the contractor handling the project is China Civil Engineering and Construction Company (CCECC), he said.

He added that palliative work on other alternative routes was being handled by Lagos State public works department.