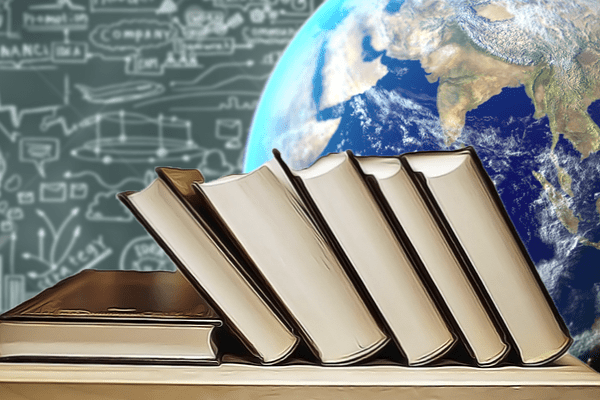 Hundreds of students from both secondary and tertiary institutions in some parts of the Niger Delta besieged the ICT Centre in the Rivers State University to begin tests for scholarship slots thrown open by Eroton E&P Limited.

Eroton is a JV with the Nigeria National Petroleum Corporation (NNPC) in the operation of oil Mining License 18 which until 2014 belonged to Shell in the Cawthorne Channels and areas around Asari -Toru local council area.

The students were selected by teachers of various schools after some screening. Sources said Eroton informed the host communities about the scheme and they asked teachers in their schools to select the best brains to forward to the company.

The scholarship selection exercise which is said to be in its third year caters for brilliant scholars from the communities. Eroton insiders told newsmen at the venue of the exams that the scheme plus other donations were part of the JV’s “Give Back” campaign.

Testifying to the needfulness of the scholarship scheme, a teacher from Comprehensive College in Abalama in Asari-Toru local council area, Bobmanuel David, who said he came to present his students for the exams said his school was lucky to be participating in another round. He said the process was good and that the community is happy to be a host to Eroton and advised the oil company to sustain the scheme.

On her part, Otelemabo Oribani, an English teacher from Kalabari National College, pleaded for transparency in the selection process and called for transparency so that students who passed through huge stress do not end up being shuffled out for shadow candidates that may not have participated. “This is Nigeria, you know”.

One of the candidates in the junior primary section, 11-year-old Florence Israel, year one from Saint Gabriel State School in Krakrama said the exam was a bit tough but that she is ready to face challenges in the scheme if selected. She advised other students to study harder and listen very well to their handlers.

Others from Community Secondary Schools said the exam was good and that it was better than they expected. They each promised to work harder next time.

Those in the universities seemed to command more confidence. Sandra Ginis-Harry from federal University in Otueke, Bayelsa State, said the exam was hard because it questioned critical reasoning, numeric and current affairs, all tested on computer.

She said she comes from a home of six with four already in the university. Her hope of smooth schooling would come from Eroton and the scholarship scheme. She called on other students to begin to take the study of current affairs seriously. She appealed to governments to consider packages to university students because life is difficult on campus especially with tuition and accommodation.

Agreeing with her, a year one medical student from the University of Port Harcourt, Emughedi Goodnews Young from Abual-Odual local council area said the scholarship is truly for the most brilliant, saying he was determined to win a slot to help his parents. He said the test is not all about knowledge but on skills. He said the process seemed transparent so far.

Our office, online platforms remain open to customers during…