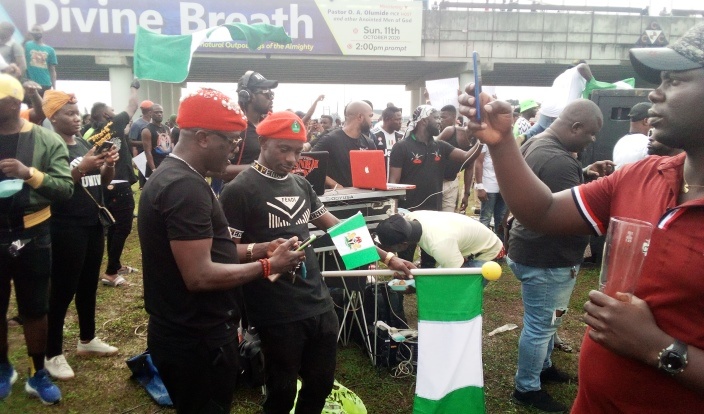 Hundreds of #EndSARS protesters on Sunday blocked all major entrance to the oil rich city of Warri, Delta State in continuation of the opposition to the disbanded Special Anti-Robbery Squad (SARS) and the newly created Special Weapons and Tactics unit.

The youths, who caused heavy traffic along the Effurun Road-About in Uvwie and Warri South council areas of the state, demanded total overhaul of the Police.

They bore placards with inscriptions such as “End Police Brutality,” Stop Killing Us,” End SWAT, End SARS,” We said EndSARS, not change them,” among others.

Travelers coming into Warri and those leaving Warri were stranded as all routes to the town were blocked by the angry protesters.

One protester who spoke to BusinessDay said the youths were ready to ground activities in the town, stressing that try will not leave the road until their demands are met.

He said, “We have had enough of our leaders. We are saying enough is enough. I have graduated from school for over five years now but I can’t find a job. How long will this continue? We sre saying no to bad leadership.”