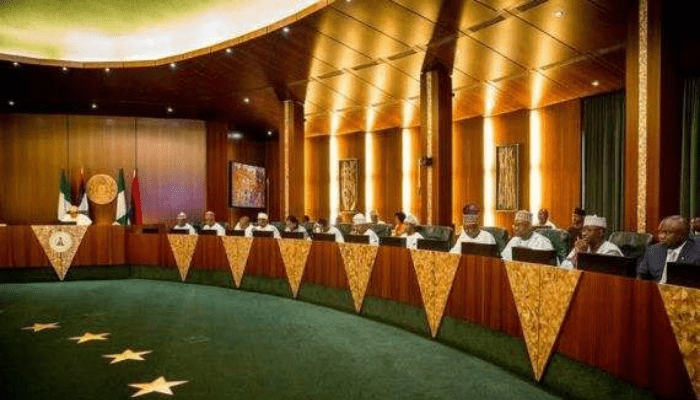 The National Economic Council (NEC), comprising all State Governors and representatives of the Federal Government, and chaired by the vice president, has called on the leadership of the security agencies to ensure that persons that are recruited into arms-bearing security agencies undergo psychiatric evaluations and drug tests before enlistment.

Such recruits would also be made to undergo periodic checks after enlistment. This is to ensure that they are psychologically fit to carry live weapons and to identify behavioural tendencies that may require psycho-social interventions.

NEC also warns that the personnel of the agencies should dutifully observe Rules of Engagement in the discharge of their duties around and within the civilian populace.

The Council further wants all those detained by the Police as a result of the EndSars protests to be expeditiously processed with due regard to the principles of fair hearing.

This comes as Nigerian youths mark the first anniversary of the alleged October 20, 2020 ‘Lekki Massacre’ which government vehemently insists did not happen during youths’ protest against police brutality in the country – popularly called #EndSars protest.

The NEC, had, during its meeting on 15 October 2021, received an update on the Reports of Judicial Panels of Inquiry into Allegations of Human Rights Violations against Members of Nigeria Police Force and other Security Agencies.

Twenty-eight states and the Federal Capital Territory (FCT) – under the auspices of the National Human Rights Commission – had set up Judicial Panels/Commissions of Inquiry to investigate allegations of violations of human rights levied against members of the Nigeria Police Force and other security agencies, especially members of the disbanded SARS.Out of the 28 States, 11 States – including Abia, Ekiti, Enugu, Gombe, Kwara, Nasarawa, Ogun, Ondo, Osun, Plateau, and Rivers have submitted their final reports to Council.

Addressing a press conference on Wednesday, Minister of Information and Culture, Lai Mohammed said, the NEC resolutions followed deliberations and recommendations on the reports, and that the remaining state Governors have also assured to submit their reports soon.

The minister insisted that to date, there has been no proof of any killing at the Lekki Toll Gate during the EndSARS protest and that the military did not shoot at protesters there as widely alleged.

“The only massacre recorded was in the social media, hence there were neither bodies nor blood,” he stated.

He said “One year later, and despite ample opportunities for the families of those allegedly killed and those alleging a massacre to present evidence, there has been none: No bodies, no families, no convincing evidence, nothing. Where are the families of those who were reportedly killed at the toll gate? Did they show up at the Judicial Panel of Inquiry? If not, why?”

He said as resolved by NEC, a number of states have set up Victims Compensation Funds, from which several #Endsars victims have already received payments of monetary compensations awarded to them by the panels. The Council directed State Governors to immediately forward copies of final reports of the panels to their Attorneys-General for prompt arraignment and prosecution of all indicted persons.

Where incidents in the reports relate to matters of discipline, in addition to prosecution, NEC urged the Nigeria Police Force to take disciplinary action on the affected officers in line with the provisions of the Police Act 2020.

While acknowledging the various initiatives introduced by the Federal Government to strengthen police accountability through the Police Service Commission, sustain improved funding and budgetary allocation to the Nigeria Police Force and other securities agencies, and the lifting of the ban on recruitment of police officers, the Council urged the Federal Government to give priority to the general welfare of police officers and personnel of other security agencies.

“In particular, it advocated the review of pension and gratuity of retired police officers and attainment of parity of remuneration by police officers with sister security agencies,” the Minister added.
NEC further called on the leadership of the security agencies to undertake a comprehensive assessment of all police stations across the country to ensure that they are fit for purpose and urged the Police Force and security agencies to deploy cutting-edge technology in the fight against crimes.
The Police should also, in line with the mandatory training provisions of the Police Act 2020, prioritise the training of Police Officers on procedures for the entrenchment of Human Rights Provisions guaranteed by the Constitution and on the professional handling of weapons.

It should also ensure that the system established within the Force for receipt and handling of complaints or petitions is strengthened, and all police officers on duty should be in police-approved uniform with their full names and force numbers boldly written for easy identification.
“The States should, as resolved by NEC: Properly utilize and support the community policing programme of the Federal Government, with active collaborative efforts and participation of traditional rulers, elders, youths, vigilante groups, etc.;
“Establish standing committees under States Ministries of Justice to address human rights violations on a continuous basis; and take measures aimed at flushing out miscreants squatting in uncompleted buildings, and other blackout spots that serve as hideouts for criminals,” the minister stated.

He said while appreciating the role of lawful peaceful protests in the advancement of public discourse under democratic governance, the NEC strongly advised those planning public protests across the country to mark the EndSARS’ anniversary to consider other lawful alternative means of engagement.

This, he said is especially because of the current security situation across the country and fear the possibility of such protests being hijacked by armed hoodlums and other opportunistic criminals to cause mayhem.

On continued police brutality and molestation, Mohammed said the police reform is a process and that “what’s important is government’s commitment to dealing with the genuine issues and concluding the reforms.”