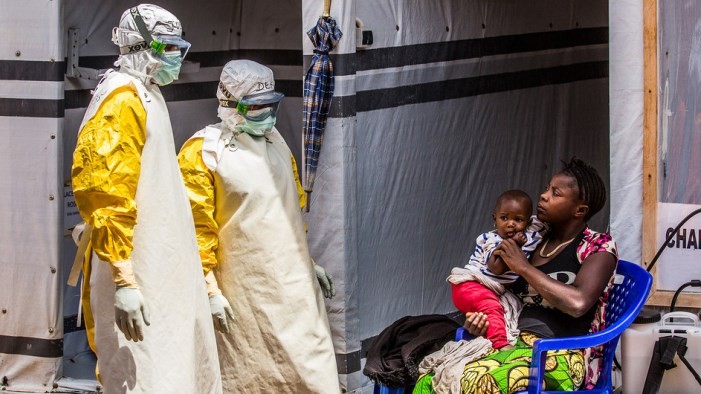 At least three people have died in Guinea and several others have tested positive for the deadly Ebola adding to the health woes in West Africa.

Seven people, four men and three women, tested positive after attending the funeral of a nurse who died from the disease, health officials said Sunday.

All patients from N’Zerekore in the southeast of the country were hospitalized, one of them in the capital Conakry, the deputy head of the National Health Security Agency, Buona Yattassaye, said by phone

Guinea, the world’s biggest exporter of bauxite, was at the epicenter of the 2014-2016 Ebola epidemic that killed more than 11,000 people in West Africa.

Tracing teams would be sent to the affected region while authorities in the capital are working to secure Ebola vaccines, according to an emailed statement from the Ministry of Health. The nurse who fell ill in late January and was buried on Feb. 1 was identified as the first case in the country since then.

“The nurse was likely infected by a patient,” the head of the National Health Security Agency, Sakoba Keita, told reporters in Conakry on Sunday. “We’re looking for that patient now,”

Insecurity: Why closure of schools in 7 northern states is bad news for Nigeria