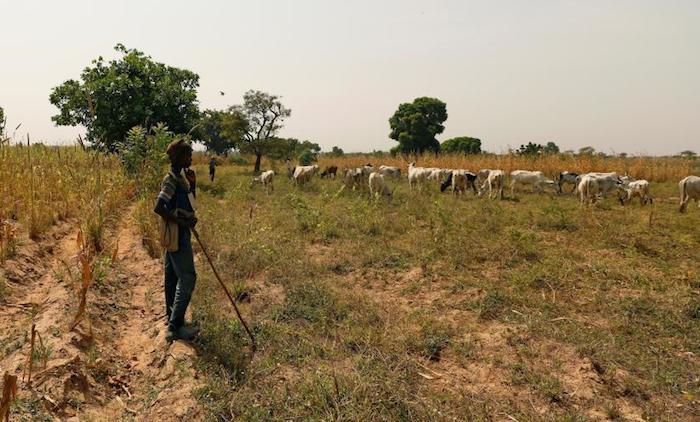 Farmers in the old Eastern region of Nigeria have bemoaned Federal Government neglect over the loses incurred as a result of the destruction of crops by herdsmen in the area.

Consequently, the farmers under the umbrella of Eastern Farmers Association (EFA) are demanding financial compensation of N9 billion for the destructions.

Mr Paul Achalla and Mrs Nneka Orji, Coordinator and Secretary respectively in a petition in Awka on Wednesday said, Federal Government had yet to respond proactively to their plight over the wanton destruction by the herders.

“Since the activities of the Fulani Herdsmen in the Eastern region, the Federal Government has been paying lip service to the monumental destruction of our crops and farm lands.

“The only interest government has shown is on securing the herdsmen and paying compensation for their cattles without recourse to what they did to our farms.

“Even our state government is paying compensations for cows killed by villagers and including them in several security committees, and leaving us to our fate,” they said.

“So far we have lost over N9 billion as a result of the activities of the herdsmen and nobody is talking about it and even when they promise to pay a token there is no laid down parameter to actually ascertain the level of damage and it’s cost implicatations.

“We urge the South East Governors’Forum as well as the Ohaneze Ndigbo to look into our plights and make a strong statement and representation for us so that Federal Government would pay us compensation of at least N9 billion which translates to N1 billion per state that made up the old Eastern region of Nigeria,” they stated.

The body further contended that the manner in which the herdsmen are being protected by the governors speaks volume of how they consider their security at the detriment of the farmers.

According to them, it is on record that the respective governors of the North are not giving our businessmen and women in their states this kind of attention and there has not been any time we heard anything about northern governors paying compensation for the loses of our people in the north.

“Our National Assembly members should rise to the occasion and speak with one strong voice on the need for the Federal Government to consider the circumstances that we the farmers find ourselves.

“Very soon the years planting season would commence and it would be frustrating if after all that we have laboured would be in vain as a result of the activities of herdsmen in our home land,” they lamented.