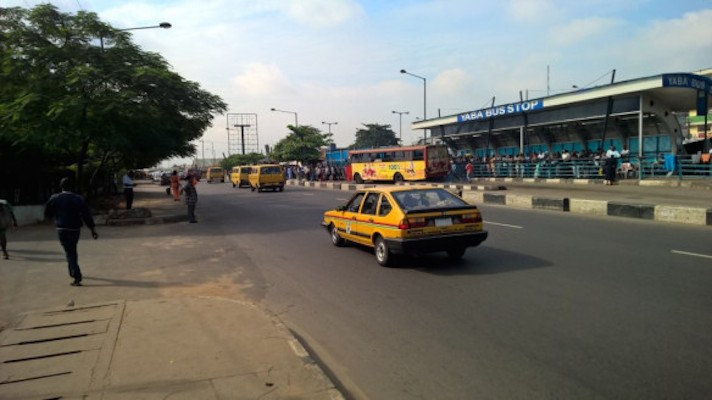 Lagos State Government has commended Custodian Social Responsibility Foundation (CSRF), an arm of Custodian Investment Plc, for embarking on community development projects, including roads rehabilitation around its base of operations in Yaba.

Governor Babatunde Sanwo-Olu, who gave the commendation at the official hand over of the completed project to the state government in Lagos, explained that the state government is deliberately focused on infrastructure development and innovation in its quest to achieve the transportation and traffic management pillar in its THEMES Agenda.

“Lagos State, like all other states in the country, also has infrastructure funding challenges. There is no gainsaying that the government alone cannot provide funds for the entire infrastructure needs of the state. Therefore, the only available option available to the government is to be creative and to look for ways to provide extra budgetary funding for the maintenance of roads,” the governor said.

The governor, who was represented by the Special Adviseron Works and Infrastructure, Aramide Adeyoye, noted that it is in this light that the project proposal by Messrs Custodian Social Responsibility Foundation was approved for execution.

“This completed strategic link road project, situated in Yaba LCDA, which was approved last December under a Public Infrastructure Improvement Partnership (PIIP) Programme is 149 m in length with an average width of 7.5m. The scope of the project includes scarification to a depth of 500mm. It has a build back up with 200mm sharp sand, 150mm crushed stone base and 50mm sand bed, complete with semi rigid 80mm thick interlocking pavement. It also has drains and streetlights components.

“Through the delivery of this project, we have been able to demonstrate the linkage of road infrastructure delivery to employment generation, and perhaps, as a component of Corporate Social Responsibility (CSR). We hope this will encourage further private sector participation in our developmental strides,” Sanwo-Olu said.

“It is on this note that I want to appreciate Custodian Investment for its collaborative efforts in the delivery of this project, which will no doubt reduce travel time, save man-hours that would have been otherwise lost to traffic, provide better riding surface, boost interconnectivity and generally make life more meaningful to commuters,” he added.

He said the partnership between Custodian Investment and the state government has once again reinforced the importance of the Public-Private Partnership (PPP) as a model for delivering of public infrastructure.

Also speaking, Olubunmi Aderemi, chief executive officer of CSRF, said the foundation supports four pillars,including Education, Health, Sustainability and Community Development.He added that the reconstruction of Chapel Street is not their first initiative in the community.

According to her, in the last quarter of 2020, the company financed and executed the repair of a broken portion of Commercial Avenue, an important link road between Murtala Muhammed Road and Herbert Macaulay Road in the commercial area of Yaba in Lagos.

She said the second road rehabilitation project took place in the first quarter of 2021 and it was focused on the rebuilding of damaged drainages, construction of road pavements for Chapel Street in Sabo and the installation of street lights to illuminate the area at night.

The CEO said in 2017, thefoundation discovered that the Lagos City Senior College, off Commercial Avenue, did not have a computer centre and students had to take turns to use the only two available.Consequently,the foundation provided a computer centre equipped with 25 computers, a server and other accessories.

Also in that year,she said the foundation began a collaborativeeffort with the Vocational and Professional Development Academy located on ThurtonAvenue, Yaba to renovate two major buildings of the academy.

She explained that the academy supports informal education and engages young school leavers by training them in information technology (IT), film production and photography, among others. She added that the foundation also introduced a vocational training programme which trained more than 300 students from 45 public secondary schools within the Yaba community in 2019.