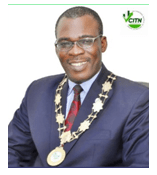 Ade is popularly called ‘The Thinking Oracle’ and he is a specialist in Risks Management and Economic Model Building. He obtained his B.Sc. degree in Accounting from the Nasarawa State University, Keffi in 2017. He is a Fellow of both the Chartered Institute of Taxation of Nigeria and the Institute of Chartered Accountants of Nigeria. Ade is also a member of the Business Recovery and Insolvency Practitioners Association of Nigeria (BRIPAN) and a Certiﬁed Fraud Examiner. He started his working career with the Federal Audit Department (now known as Office of the Auditor General of the Federation) in 1984. In the course of his work career, he attended the Federal Treasury Academy Course 1 in 1988 and subsequently the Course 2 in 1991 when he took the first position at the entrance examination in which staff of all the Ministries, Departments and Agencies of the Federal Government participated.

He acquired his professional experience from the Oﬃce of the Auditor General for the Federation (1984-1993) and the ﬁrms of Adetona Isichei & Co (Chartered Accountants) in 1993 (which later became known as Akintola Williams Deloitte) and was there until May 2002 when he left Akintola Williams Deloitte to start his tax and audit practice.
He practices taxation and accounting under the auspices of his two firms known as AIA Professionals (Chartered Tax Practitioners) and Adesina Adedayo & Co. (Chartered Accountants).

Over the years, Ade had served as member, Vice Chairman I & II and Chairman of various committees of the Chartered Institute of Taxation of Nigeria, like the CITN Think Tax, Lagos District Society, Social & Publicity Committee, Annual Tax Conference Committee, JTB Education Committee, Tax Practice Monitoring Committee, Finance and General-Purposes Committee to mention but a few. He also was a member and CITN Representative of National Tax Policy Review Committee (an initiative of the Federal Ministry of Finance). Ade rose through the ranks to become a Council Member, an EXCO member, Deputy Vice President and Vice President of the Chartered Institute of Taxation of Nigeria, a position he held till June 2021. Ade also served in other Professional bodies.

Ade holds a Special Executive Masters in Leadership & Strategy from the Metropolitan School of Business and Management (UK). He is presently undergoing the Senior Executive Course 43, 2021 at the National Institute for Policy and Strategic Studies, Kuru, near Jos in Plateau State.

Samuel Olushola Agbeluyi is a multi-disciplinary professional of repute who has made his modest contributions both in employment and practice. He is one professional who could be described as an all-rounder considering the unique combination of professions that could be ascribed to him. His service to the Institute spans over 10 years where he has served in various leadership capacities. He was the Honorary Treasurer of the CITN, Deputy Vice President and now the Vice President 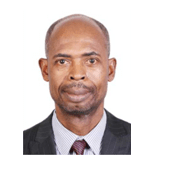 Ohagwa, a product of Government College, Umuahia is a 2nd Class Upper graduate in Accounting from the University of Lagos with a Master in Business Administration from Bayero University, Kano. He was trained and qualiﬁed as Chartered Accountant with the then ﬁrm of Akintola Williams & Co Chartered Accountants, Lagos and worked with Century Merchant Bank Limited and Muktari Dangana & Co. Chartered Accountants, Kano before joining the Federal Inland Revenue Service. Mr Ohagwa joined the Institute in 1990 and became a fellow in 1999. Mr Ohagwa is also a fellow of the Institute of Chartered Accountants of Nigeria (ICAN) since the year 2000 and in 2017, he qualiﬁed as Certiﬁed Information Systems Auditor (CISA) and became a member of The Information System Audit and Control Association (ISACA) of USA. In 2013, he was awarded a certificate of completion of the Comparative Tax Policy and Administration Programme, of Harvard University, John F. Kennedy School of Government Executive Education, Massachusetts, USA. Mr Ohagwa is currently the Coordinating Director, General Services Group of Federal Inland Revenue Service, Abuja.

Simon Nwanmaghyi Kato is a Fellow of both the Chartered Institute of Taxation of Nigeria CITN and the Association of National Accountants of Nigeria ANAN. He is a graduate of Economics 1988, and equally has two Master Degrees.

He has served the CITN at various capacities over the years including being the Chairman of various committees such as Publicity, Publications and Branding committee and Membership and Professional Conduct Committee, among others. Mr Kato is actively in service and has over 30 years work experience as a Tax Administrator as at today.

Kenneth Kaunda: The end of an era