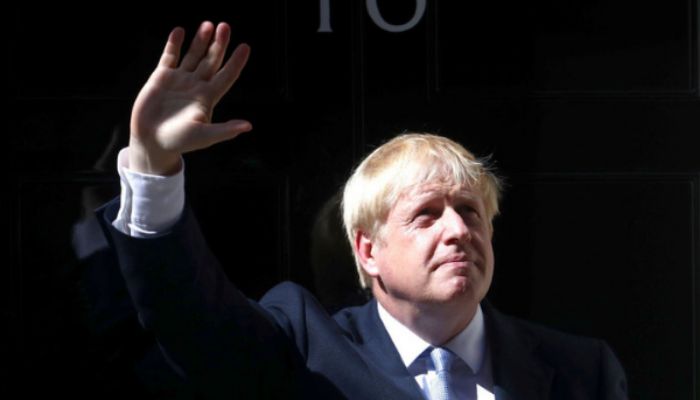 Boris Johnson Thursday resigned as Prime Minister of the United Kingdom. This follows a rebellion by members of his Conservative Party.

In the 24 hours preceding the resignation announcement, 45 members of Johnson’s cabinet resigned, one — Michael Gove — was sacked , six members didn’t make up their minds whether to stay or exit, and 19 decided to stay with the embattled Prime Minister.

Johnson made the announcement at Downing Street, the official residence of the British prime minister, saying he intends to remain in office until a successor is appointed.

Sajid Javid or Rishi Sunak are being fingered as Johnson’s likely successors.

During the announcement, the prime minister defended his achievements and assured the British public that the work of the government will continue during the handover process.

“It is clearly now the will of the parliamentary Conservative Party that there should be a new leader of that party and therefore a new prime minister,” Boris Johnson said.

“And I’ve agreed with Sir Graham Brady, the chairman of our backbench MPs, that the process of choosing that new leader should begin now and the timetable will be announced next week.

“And I’ve today appointed a cabinet to serve, as I will, until a new leader is in place.

“Being prime minister is an education in itself. I’ve traveled to every part of the UK and I’ve found so many people possessed of such boundless British originality and so willing to tackle old problems in new ways.

“Even if things can sometimes seem dark now, our future together is golden.”

The British population beamed the spotlight on Johnson over a party he was accused of having during COVID-19 lockdown. The criticisms intensified recently after the appointment of Christopher Pincher as Chief Whip despite being aware of his misconduct.

The cost of living crisis among Britons also contributed to the pressure that led to Johnson’s resignation.

Many of the ministers who resigned from the embattled Prime Minister’s cabinet mentioned loss of confidence in the prime minister as a reason for their resignation.