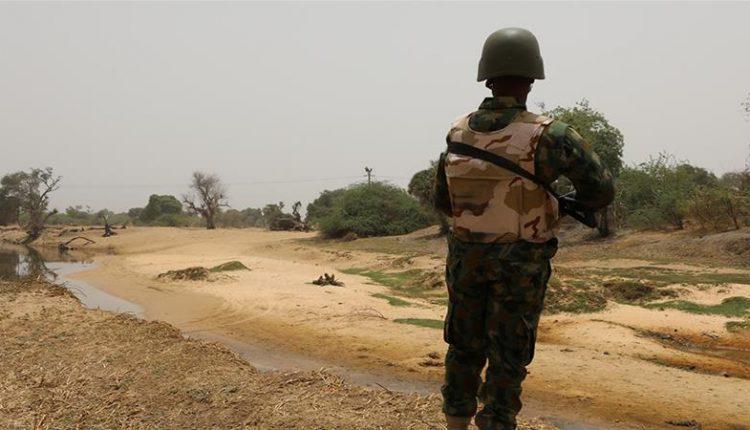 The Nigerian military on Thursday said Boko Haram fighters are migrating to the Northwest with more sophisticated weapons to flee military onslaught in the Northeast which they have terrorised for over a decade.

John Enenche, Coordinator Defence Media Operations (DMO) acknowledged that the terrorists have upgraded their weaponry to more sophisticated weapons like the PKT Gun, capable of bringing down an aircraft. He added that terrorsists and bandits are migrating to other parts of the country because criminality is their businesses, so they move when a place is no longer conducive to operate.

“It is a possibility that they are migrating with upgraded weapons to northwest. In the past, they migrated from Baga to other parts of northeast whithin a couple of years, the highest level of weapon we encountered then was the General Purpose Machine Gun, which is an area weapon, there was no anti-aircraft gun.

“But now, you see them with AA and PKT guns. These are weapons were gotten from neighbouring West African countries.

Enenche said the military is still studying the situation and monitoring the modus operandi.

Speaking on the withdrawal of Military from checkpoints, the Coordinator said it was due to complaints that soldiers were extorting citizens especially during the COVID-19 lockdown and causing traffic problems.

Enenche said the military will be conducting snap checks on the roads to in place of checkpoints.

He however said the decision will be reviewed and may be reconsidered.

Enenche said between 2 and 3 June 2020, the Air Task Force of Operation Lafiya Dole conducted comprehensive precision strikes, to mark the launching of its subsidiary Operation Long Reach II on the fringes of the Sambisa Forest in Borno State.

“The massive air strikes resulted in the obliteration of BHT structures used as meeting venue at Mainyakare Village on the fringes of Sambisa Forest. In the process, several of their fighters were neutralized. More of these criminal elements were also killed and their logistics facilities destroyed in devastating air strikes executed at Mina along the Gulumba Gana-Kumshe Axis in the Northern part of Borno State”, he said.

In the South-South, Enenche said the Maritime Component of Operation Delta Safe impounded 565,000 litres of suspected illegally refined AGO in Delta and rivers state, while a total of 17 Illegal Refinning Sites were deactivated at Agor-Illa Warri.