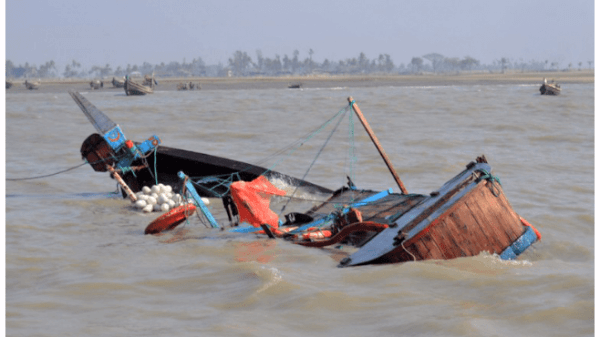 The move is part of measures to prevent avoidable loss of lives as a result of boat accidents, many of which have occurred during night journeys.

A boat mishap on Friday, July 3, led to the death of five passengers. Four bodies have been recovered from the lagoon by Saturday evening, while the search for the other is still ongoing by the rescue/response of Lagos State Emergency Management Agency (LASEMA).

The 20-passenger boat was said to have sailed off around 8pm from Ebute-Ero enroute Ikorodu when the accident occurred.

“The avoidable boat mishap occurred after a 20-passenger capacity commercial ferry with 21 passengers on board took off illegally from Èbúté Ẹrọ Jetty at about few minutes past 8.00 pm heading towards Ikorodu, ran into an unknown object on the waterways causing the boat to capsize,” said Frederic Oladeinde, Lagos State commissioner for transportation, on Saturday.

“It’s regrettable to confirm that there are five dead from this mishap, also 16 passengers have been rescued alive with one person in critical condition through the efforts of Lagos State Water Authority (LASWA). Search party, Local Boat Operators search team, the marine police and the Lagos State Emergency Management Agency (LASEMA),” Oladeinde said.

He explained that the preliminary investigation carried out indicated overloading and night traveling as the primary cause of accident necessitated the warning.

Also, in a statement released to newsmen by LASWA, its general manager, Damilola Emmanuel, stressed that operator who violated any of the safety guidelines would henceforth be arrested by the Marine Police, while their boat would be impounded.

He urged passengers to also desist from embarking on night journey on waterways, adding that any passenger found on board of such boats at night will be prosecuted in accordance with the relevant laws of the state.