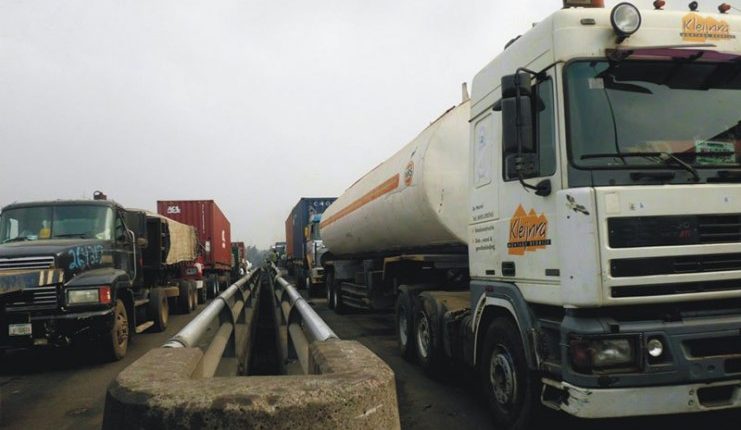 The Lagos State government has given a marching order to truck owners and operators whose trucks are parked illegally within some restricted areas to remove them immediately or face the wrath of the law.

The state government, in a terse statement signed by Toyin Fayinka, special adviser to Governor Babajide Sanwo-Olu on transportation and, chairman Special Committee on Traffic Management and Enforcement on Apapa Gridlock, listed the axis as Sifax, Ijora Olopa, Ijora 7UP, Costain, National Theatre and environs.

This means respite is on the way, once again, for residents and businesses in Apapa who, in the last couple of weeks, have been contending with snarling gridlock that kept them on the road for upwards of four hours. That has had significant impact on workers’ productivity and health condition.

Though the statement did not give reasons for the order, it is speculated that the order might be in furtherance of the Special Committee’s enforcement action which started on Apapa Oshodi Expressway on Wednesday.

Trucks were virtually off the expressway on Wednesday morning and members of the committee were seen making sure that the few trucks on Mile 2 bridge were in single lane, creating some level of sanity that enabled other motorists to drive through the expressway without the usual hassles.

When our correspondent returned to the expressway in the evening, there were some hiccups but that was on the Oshodi-bound carriageway where there was a partial closure of the carriageway for repair work going on at Second Rainbow junction.

This ‘enforcement’ effort is coming on the heels of stern warning by Fredric Oladehinde, the state’s commissioner for transport, who at the state’s annual ministerial briefing to mark Governor Sanwo-Olu’s second year in office, said the state was determined to end the gridlock in and around Apapa.

Though it was an error of judgment on his part, the commissioner stressed that the e-call up system introduced in February this year to control truck movement was working contrary to reality on ground.

He re-echoed the governor’s warning that the government would deal with those that might be found sabotaging the e-call up system, boasting that they would “name and shame” such people no matter how highly placed.

“The state government will not condone any fraudulent act in the system and we are determined to deal squarely with saboteurs as Governor has repeatedly assured on bringing back sanity to Apapa,” the commissioner said.