Another building collapse in Lagos kills 2 as rescue operation continues 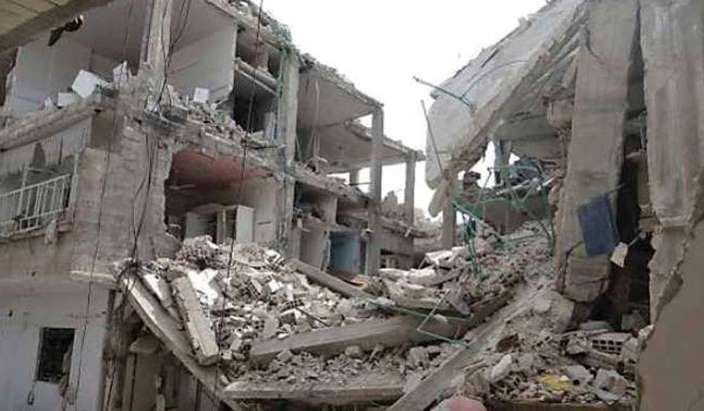 Barely three months after the collapse of a 21-storey building in the Ikoyi area of Lagos, another has collapsed in Yaba, killing two workers.

The three-storey building, still under construction, collapsed in the Yaba area of the city.

Rescue operation is still continuing even as two people, including a 14-year old boy, have been rescued.

BusinessDay gathered that the collapsed building which was located on Akanbi Street was disaster waiting to happen.

An eyewitness said that the building suffered partial collapse late last year, but that did not stop construction work on the building.

Read Also: A revisit to building collapse in Nigeria

The incident has been confirmed by the director-general, Lagos State Emergency Management Agency(LASEMA) Olufemi Oke-Osanyintolu.

As at the time of writing this report, only the 14-year-old boy and another adult male have been pulled out of the rubble alive.

It is speculated that some workers are still trapped in the collapsed building.