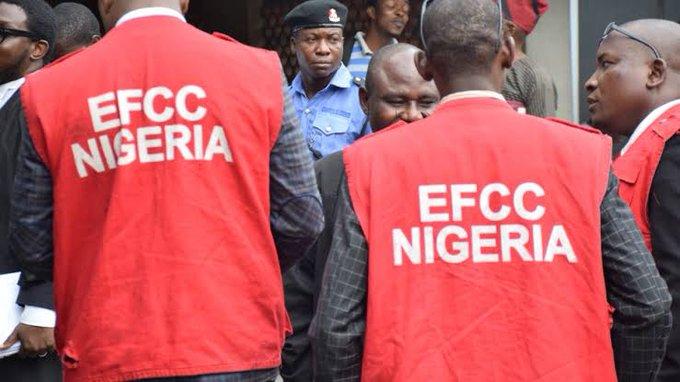 Justice Inyang Ekwo of Abuja Division of a Federal High Court, Monday, expressed displeasure over the manner the Economic and Financial Crimes Commission (EFCC) was handling the prosecution of a former Attorney General of the Federation (AGF) and Minister of Justice, Bello Adoke (SAN).

The judge, who said he was not pleased with the way the anti graft agency was going about with the trial of Adoke, who is standing trial over alleged money laundering-related charges to the tune of N400 million, said the prosecution has slowed down the speed of the trial.

Justice Ekwo expressed this view following the stalemate of the trial on Monday.

The trial could not commence as scheduled following an amendment of the charge by the prosecution.

When the matter was called, prosecution lawyer, Bala Sanga informed the court of an amended charge he filed on the July 29, which was served on all the defendants.

Reacting, the judge expressed sadness that the anti-graft agency went ahead to file an amended charge few days to commencement of trial.

“Although you have freedom to amend your charge up to the time of judgment, I do not appreciate a situation where things are not done on time. This is a 2017 matter and I was thinking I could fast track it but now the prosecution has come up with an amendment”, he added

He subsequently adjourned proceedings till Tuesday August 4, for Adoke rearraingment on the amended charges and possibly hearing of the matter.

The former minister was re-arraigned alongside an Abuja-based businessman, Aliyu Abubakar, before Justice Ekwo on June 17, 2020, on a seven count criminal charge bordering on money laundering and corruption.

They pleaded not guilty to the charges and Justice Ekwo after granting the bail application of the defendants adjourned to August 3, for commencement of trial.

In the former seven count charge, EFCC alleged that the defendants committed the offences in Abuja in September 2013.

The said money, according to the EFCC, was alleged to be part of the proceeds of unlawful activities, all in violations of various provisions of the Money Laundering Prohibition Act 2011.

The EFCC also accused Adoke of making “structured cash payments, in 22 tranches” amounting to N80 million, another of such structured payments in 13 tranches summing up to N50 million into his Unity Bank account.