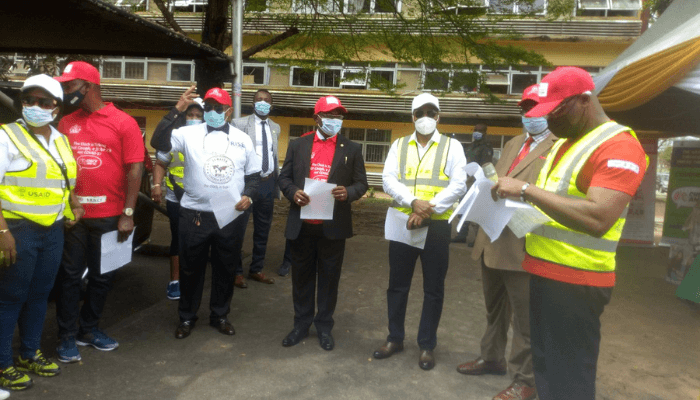 Akwa Ibom State government has announced plans to take part in the national Tuberculosis (TB) awareness campaign as part of efforts “to increase TB case finding, put many people who are vulnerable to developing active TB on preventive treatment and proactively prevent further transmission of TB in the community.’’

Nigeria ranks six among the 30 high burden countries in the world and it is the first in Africa in terms of the number of people with TB, according to the National Tuberculosis and Leprosy Programme adding that every undiagnosed/untreated case could infect 15 people within a year.

The campaign, which is known as national TB testing week, commemorated on the 24th of March every year, was designed to raise public awareness about TB.

According to experts, though the awareness during the WTBD is supported with increased access to testing at the community level due to intensive community outreach conducted in almost every state in Nigeria during the period and contributes to TB case finding in Nigeria, however, the elaborate well-coordinated planning and activities put together to observe the WTBD are usually suspended till the following year hence the need for a National TB Testing Week also called “Check Am O” week every first week of August.

In an interview, the programme manager, Akwa Ibom State Tuberculosis and Leprosy Control Programme (TBLCP), Bassey Akpan, a medical doctor said the National TB testing week would afford the state government the opportunity to improve on case finding, ensure more screening for TB, provide treatment to those infected and in the long run ensure the reduction of TB cases in the state

Akpan, who disclosed that in preparation for the exercise, the state government has done the mapping to find out areas of more concentration which he said could be found both in the rural and urban centres of the state and said currently Akwa Ibom state has not reached the target of finding 3000 cases per quarter.

According to him, only about 1000 cases were being found, which he said is below the benchmark set by the national TB control programme.

“We will be doing more in the concentration areas, go deeper to find more cases and ensure that more people come out for treatment,’’ he said.

Commending many of the partners involved in the TB control programme including Breakthrough Action Nigeria, a United States Agency for International Development (USAID) funded project in Akwa Ibom State “for a whole of assistance particularly in the area of social behavioural change communication,” which he said has helped in demand creation for TB control programme services.

He reiterated that both the testing and treatment for TB are free adding that more than 700 public health facilities have been equipped and the health personnel trained to offer TB treatment adding that the good news is that TB is curable within a period of six to one year after the commencement of treatment.

In a message to mark the commencement of the weeklong event, Bolatito Aiyenigba, deputy project director, TB at Breakthrough Action-Nigeria, commended the NTBCP for the increase in TB findings which she said has helped the country to up the treatment, describing it is an improvement in the TB programme.

“BA-N has contributed to community case finding by implementing a unified national TB campaign, we gave a voice, a loud voice to the TB programme in Nigeria by making sure that all the stakeholders, all the people that have access to the mass media, people within the community are able to hear “our check that cough campaign,” adding that the campaign rode on the back of the COVID-19 epidemic to say that “not all coughs are due to COVID-19. That was the loud voice we gave to the TB control programme.”

She announced that “In the coming years, we would address issues such as stigma around TB and will also focus on addressing childhood TB, educating teachers and relevant stakeholders on the need to put children on preventive therapy if they have been exposed to adults that are positive and on treatment for TB.”

The programmes manager of TBLCP urged those with the cardinal symptoms of TB which he said included having a cough lasting more than two weeks and a drenching sweat and weight loss to avail themselves of the National TB testing week which begins August 1 and ends August 7 to present themselves for screening and for preventive treatment as well as for treatment, maintaining that TB treatment is free and that the disease is curable.