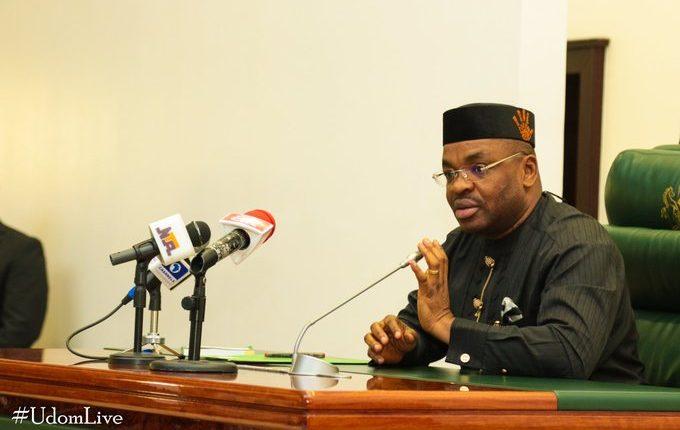 Akwa Ibom has solicited partnership with the Oil and Gas Free Zone Authority (OGFZA) of Nigeria  to fast-track the actualisation of a Liberty free zone in the state  and to boost its industrial development agenda .

The state government has in cohort with key players in the private sector pioneered the establishment of many factories in the state.

Among the industrial concerns that have been set up in the state include a Syringe company, a flour mill and a metering solution factory, among others.

This indication emerged when Governor Udom Emmanuel accompanied by Umana Okon Umana, managing director of OGFZA, visited the minister of trade, industries and Investment in Abuja towards the actualisation of the Liberty Free Zone in the state.

The state government has designated part of Ikot Abasi local council for the establishment of the Liberty free trade zone due to the numerous industrial concerns in the area and plans for several more others, including a coconut refinery and a jetty.

The area is also home to the moribund multimillion naira Aluminum Smelter Company of Nigeria (ALSCON) and the Ibom Power Company, wholly owned by the state government.

Though no statement was issued at the end of the meeting, it was gathered that the federal government was “favourably disposed to supporting states in their industrial development drive” to help in creating employment opportunities.”

Speaking in Uyo, the state capital during an interaction, Governor Emmanuel cleared the air on the ownership of the  Coconut Plantation and Refinery, saying they are 100% owned by the State Government.

According to him, “the components are currently in the port in the Onne,  Rivers State and are  unable to get here because of the Covid-19 lockdown.

“Even when we bring them in, we need to bring in experts, because the technology is that of four different countries. They need to come and install them and also train some of our people on the technology.”

The governor who lamented the lack of regular power supply in the state said the Ibom Power company generates 115MW of power daily but sadly electricity was not available.

“There’s no single day we don’t generate 115megawatts of electricity. I have enough power to give our people over 22hours but the distribution company is not helping us.

“They keep taking our power but keep telling us that our people are not paying bills and they refuse to give them power.”