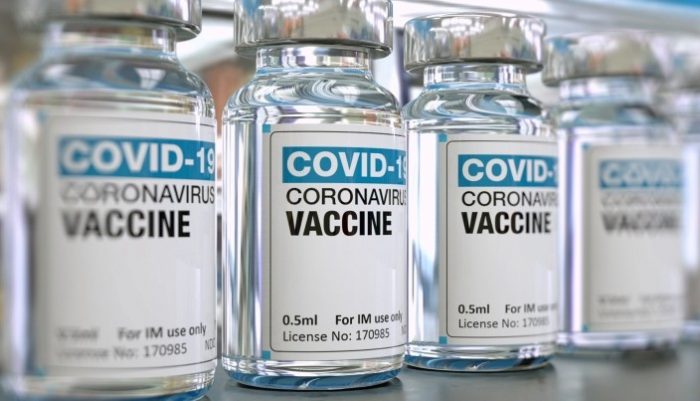 Around the world, there are 14 known vaccines undergoing large-scale international clinical trials to test their impact on COVID-19, and all are eyeing near 100 percent efficacy.

When vaccines make it to human clinical trials, they first go through phase 1 trials primarily to test the vaccine’s safety, determine dosages and identify any potential side effects in a small number of people, Gavi, The Vaccine Alliance explained in a recent report.

Phase 2 trials further explore safety and start to investigate efficacy on larger groups. The final stage, phase 3 trials, which few vaccines ever make it to, are much larger, involving thousands or tens of thousands of people, to confirm and assess the effectiveness of the vaccine and test whether there are any rare side effects that only show up in large groups.

Here are the candidates at the final stage of trials on the World Health Organization (WHO) list.

The ChAdOx1 vaccine, developed by the University of Oxford, has an efficacy of up to 90 per cent and is currently being assessed by regulators for emergency use.

It was tested in phase 3 clinical trials with more than 10,000 people from across the UK, including children and older people. The vaccine was also tested in Brazil, the United States and India, while South Africa started the first COVID-19 vaccine trial in Africa. Following AstraZeneca and Oxford’s publication of positive first findings from phase 2/3 trials in November 2020, the UK, Argentina, India, Mexico, Brazil as well as Pakistan have now given emergency authorisation for the vaccine to be given to members of the public.

Although the efficacy is slightly lower than the Moderna and Pfizer vaccines, it is fridge-stable meaning that it can be easily transported anywhere in the world. At about US$ 4 per dose, it is also a fraction of the cost of others that are around US$ 26 per dose.

Hundreds of millions of doses of the AstraZeneca vaccine has been secured by the COVAX initiative for delivery worldwide.

Sinovac is going through phase 3 trials involving volunteers in Brazil, Indonesia and Turkey. Although it is not yet approved by regulators, shipments have already arrived in Indonesia, ready for rollout. A report in July said that the Chinese government has given the Sinovac vaccine emergency approval for limited use. The city of Jiaxing has reportedly offered the vaccine to health workers and other high-risk groups for US$ 60.

The United Arab Emirates became the first foreign country to approve this vaccine, after interim phase 3 trials showed 86 percent efficacy. The Wuhan Institute launched phase 3 trials in July 2020 in the UAE, and in Peru and Morocco in August 2020. The state-owned Chinese company Sinopharm has been putting the vaccine through clinical tests. On 14 Sept, the UAE gave emergency approval for the vaccine to be given to health care workers.

In collaboration with the Indian Council of Medical Research and the National Institute of Virology, Bharat Biotech designed a vaccine called Covaxin based on an inactivated form of the coronavirus. The company is conducting phase 3 trials in 25 centres across India, and is seeking emergency authorisation based on promising phase 1 and 2 results.

The Ad5-nCoV vaccine candidate uses a harmless non-replicating viral vector to carry vaccine antigens into the human body – this is the same platform that the vaccine developer CanSino Biologics Inc, based in Tianjin, used for its Ebola vaccine. The COVID-19 vaccine was jointly developed with the Institute of Biotechnology of the Academy of Military Medical Sciences. On 25 June 2020, the Chinese military approved the vaccine for a year as a “specially needed drug”, which is unusual given that at that point phase 2 results hadn’t been collated. On 9 August 2020, the Saudi health ministry announced that CanSino would run a phase 3 trial in Saudi Arabia; later in the month the company also started a trial in Pakistan and Russia.

Gamaleya has started a phase 1 clinical trial on this non-replicating viral vector vaccine candidate (known as Sputnik V) with two sets of volunteers receiving vaccination since mid-June. Before the trial went on to later trials Russia announced that the vaccine would be approved for use. A phase 3 trial of the vaccine began with more than 2,000 people in Russia, Latin America and the Middle East, and then expanded to 40,000. Volunteers were also recruited in Belarus, the UAE and Venezuela.

J&J has developed vaccines for Ebola and other diseases with Recombinant Adenovirus Serotype 26 (Ad26) and has now made one for the coronavirus. It launched phase 1/2 trials in July 2020, and launched a phase 3 trial with 60,000 participants in September in Latin America. It hopes to make up to a billion doses in 2021. Janssen began phase 3 trials in the UK in November last year. J&J has committed 500 million doses of this vaccine to the COVAX initiative for distribution worldwide.

Novavax is using a nanoparticle technology platform to generate antigens from the spike protein found on the outer shell of the coronavirus. The vaccine also received the highest funding from CEPI with a total of US$ 388 million and hundreds of millions of doses will be made available to the COVAX initiative if trials are successful. Phase 2 trials started in August in South Africa and phase 3 trials started in the UK in September as well as in the USA in December last year.

The protein subunit vaccine candidate is being tested in collaboration with the Second Affiliated Hospital of Chongqing Medical University and Beijing Chao Yang Hospital. Phase 3 trials are being conducted across China.

The Institute of Medical Biology at the Chinese Academy of Medical Sciences (IMBCAMS) has previously developed inactivated vaccines for polio and hand-foot-and-mouth disease. Phase two trials began in July 2020 and were followed by a phase 3 trial in 29,000 participants in December 2020.

Kazakhstan began research on a vaccine made from inactivated coronaviruses and on 1 September 2020 started phase 2 trials of its vaccine known as QazCovid. On 19 December, it reported that phase 2 trials had been completed, with participants producing an immune response. The researchers launched a phase 3 trial, and expect to get approval by March 2021.

Phase 2 trials began in Panama and Peru in July 2020, and phase 3 trials launched in Germany in December 2020 with around 36,500 volunteers. The company is hoping to make up to 300 million doses in 2021. CureVac has collaborated with Elon Musk’s company Tesla to develop mRNA “micro-factories,” which could be sent worldwide to make billions of doses of the vaccine.