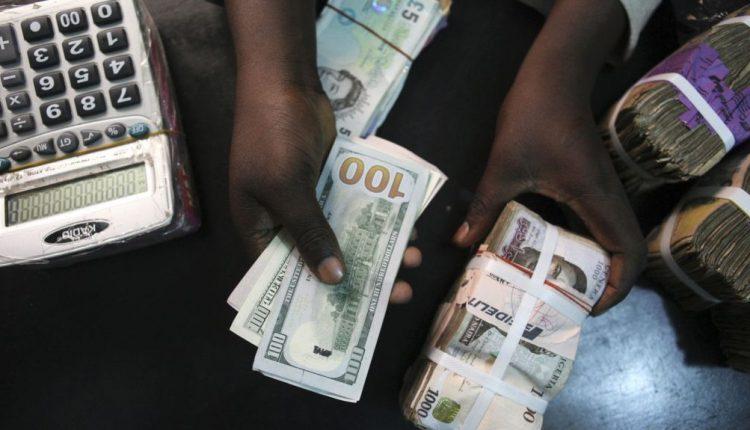 Nigeria’s currency on Monday dropped in value by N7 as the dollar was trading at N460 from N453 and N452.67k traded at the weekend and Friday on the black market.

This is in spite of the dollar allocation to about 5,000 Bureau De Change (BDC) operators in the country by the Central Bank of Nigeria (CBN).

Nigeria’s Central Bank sells $10,000 twice weekly to the retail Bureaus from the proceeds from the International Money Transfers Operators (IMTOs).

At the BDC segment of the foreign exchange market, naira weakened by N1.00k as the dollar was sold at N462 during intraday trading from N461 in the morning on Monday.

The CBN had sold a total of $101.8 million to BDCs last week. Nigeria’s central bank resumed dollar sales BDC operators on Monday, September 7, 2020, selling $51.8 million to 5,180 BDCs across the country.

The foreign exchange opened on Monday with an indicative rate of N386.38k at the Investors and Exporters (I&E) forex window. This signals N0.25k deprecation when compared with N386.13k opened with on Friday, data from the FMDQ revealed.