Naira falls on black market as FX turnover declines by 52.09% 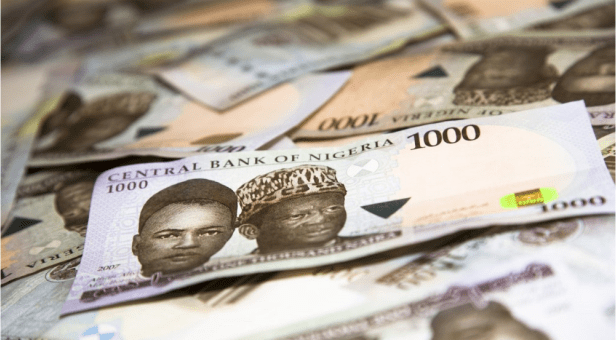 Nigeria’s currency, on Wednesday depreciated by N1.00k against the dollar on the black market, due to increased demand by end users, amid dollar shortage.

Consequently, the dollar was sold at the rate of N474 on Wednesday as against N473 sold on Tuesday. The greenback was quoted at N475 on Abokifx.com platform.

The daily foreign exchange turnover at the Investors and Exporters (I&E) forex window declined by 52.09 percent to $18.83 million on Wednesday from $39.31 million on the previous day, data from FMDQ indicated.

At the I&E FX window there was lower transaction volume passing through the market due to tightened system liquidity. Naira appreciated by 0.06 percent or N0.25k as the dollar was quoted at N389.25 compared to N389.50 on the previous day. Most participants maintained bids between N380.00 and N391.50 per dollar said analysts at FSDH research.

The local currency closed unchanged at N475 at the retail bureau and N381 at the CBN official window.

The Open Market Operation (OMO) bills market closed on a positive note with average yield across the curve declining by 20 bps to close at 4.23 percent.

A report by FSDH research showed that the FGN bond market closed on a negative note on Wednesday, as the average bond yield across the curve cleared higher by 7 bps to close at 4.09 percent.

The FGN total debt service cost for the external obligations have added up to $473 million in 1Q20, an increase of $116 million as compared to the prior period. Despite the domestic lockdown, adversely affected oil prices and the production restraints, debt servicing costs are perceived to be manageable. It should be noted that average borrowing costs from the World Bank, the African Development Bank, and Exim Bank of China were 1.1 percent, 2.0 percent, and 2.8 percent, respectively.

On the other hand, FGN’s average borrowing costs stood at 7.5 percent. Furthermore, if the foreign exchange risk is not considered, for the time being, the external debt was less costly as compared to domestic debt; even factoring in the decline in the NT-Bills and FGN Bond rates, the analysts said.