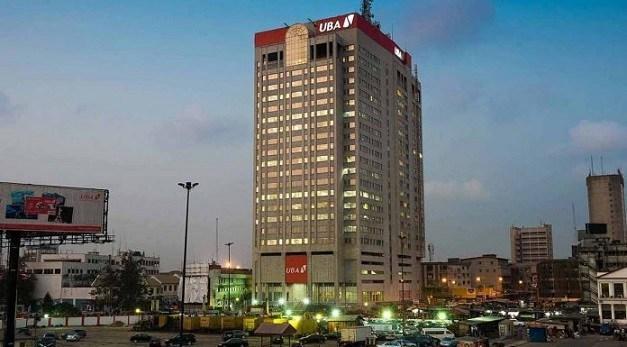 It isn’t easy for lenders to thrive in an unfriendly regulatory and macroeconomic environment as policy makers introduce acrimonious and discordant policies that crimps earnings.

These policies, combined with an unstable economy, makes it practically difficult for companies to break even, not to say, deliver the desired returns to shareholders in form of bumper dividend and share appreciation.

In G.R.R Martins award winning book, “The Game of Thrones,” fans favorite, Tywin Lannister, told his nephew and boy King Joffrey that “Monsters are dangerous and, just now, kings are dying like flies.”

Despite the myriad of challenges, United Bank for Africa (UBA) is flourishing as it recorded the fastest profit expansion among peers.

UBA’S net income increased by 13.32 percent as at December 2019, thanks to an uptick in interest on loans and advances, which means the pan Africa bank is leading to the critical sectors of the economy.

Despite a low yield environment as yields on short term government securities started a sharp fall since early 2018, UBA’S interest income on loans and advances to customers spiked by 11.45 percent, the largest expansion in the industry.

The growth in gross earnings was largely driven by an 11.55 percent increase in interest income and similar charges to N404.83 billion in December 2019 amid a precipitous drop in yields.

Non- interest income spiked by 21.32 percent to N124.41 billion in December 2019 as against N102.55 billion the previous year, as the lender continues to grow transaction counts and volumes across all channels.

Nigerian Banks are caught in a conundrum as a slew of stringent regulations continue to squeeze them.

Banks regulatory woes started in 2014, when a precipitous drop in crude oil price battered the economies of oil producing countries with Nigeria slipping into its first recession in 25 years in 2016, but the introduction of a new foreign exchange window by the Central Bank of Nigeria (CBN) in June 2017 helped the country exit downturn in the third quarter of 2017.

Fear ate greed for lunch over the last 14 months as the central bank introduced stringent policies that are inimical to banks financial sector, but the regulator had said that the reasons for such rules is to force lenders to extent credit to the economy.

First, the Apex bank hiked the minimum loans to deposit ratio of Deposit Money Banks (DMB s) to 65 percent, with hefty fines for those to meet the requirement.

Third, the central bank hiked the cash reserve ratio to 22.70 from 22.50 percent as it seeks to raise more zerocost funding from the banks.

UBA’S profit before tax ( PBT) increased by 4.23 percent to N111.28 billion in December 2019 from N106.76 billion the previous year; the growth in profit was largely driven by efficient balance sheet management and increased transaction a volume s across the lender’s optimised digital banking channels.

Profit after followed the same growth trajectory as it spiked by 13.32 percent to N89.09 billion in the period under from N78.60 billion the previous year.

UBA’S return on average equity increased t0 16.20 percent in the period under review from 15.20 percent as at December 2018; the lender driving improved asset quality, cost efficiency and transaction fees to deliver results.

Cost to income ratio improved to 62.70 percent in the period under review as against 64.0 percent the previous year; what this means is that the lender has been able to curtail costs while growing profit.

Total operating expenses were up 10 percent to N2178.16 billion in the period under review from N197.34 billion as at December 2018; the growth in expenses are lower than January inflation figure of 12.13 percent.

UBA’ total assets grew by 15.07 percent to N5.60 trillion in December 2019 from N4.86 trillion the previous year; the expansion in asset was largely driven by the growth in loans and advances to customers.

The Bank’s loan book focuses on corporate, commercial and retail customers, geographic, sector and customer diversification that reinforces the quality of the portfolio, with less vulnerability to macro and market volatilities.

“I am indeed excited about the synergy we have built within the UBA Group and the significant progress we have made in our transformation drive. We have positioned the Bank as a truly pan-african banking franchise, leveraging our operations in France, the UK and the USA, to deepen intraAfrican trade, and facilitate capital flows between Africa and the rest of the world. In 2020, we will pursue aggressive deepening of market share in all our subsidiaries, leveraging technology, rich human resources and our customer- first strategy to win in all the markets we operate, notwithstanding the challenges of our operating environment,” said Kennedy Uzoka, Group Managing Director/ceo of UBA.

Nigeria’s Nasidi and America’s Fauci: Two virologists of a kind in the fight against a novel virus