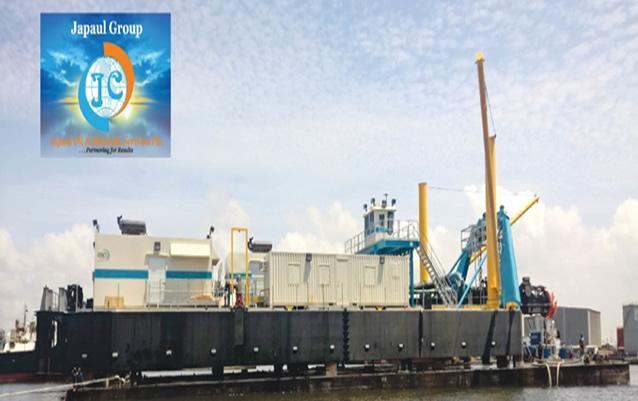 Shareholders of Japaul Oil & Maritime Services Plc have approved major resolutions authorising the company to change it name, reconstruct its share capital and raise up to $70 million in new capital as part of significant redirection of the company towards growth and profitability.

At the annual general meeting (AGM), shareholders approved the change of the company’s name from Japaul Oil & Maritime Services Plc to Japaul Gold and Ventures Plc to reflect its new business focus from oil and gas servicing sector into natural resource management, specifically the exploration, mining, processing and export of minerals such as gold and lithium among others.

The net proceeds of the proposed new capital raising will be used to finance the completion of expanded explorations; mining activities; mineral processing; export; engineering design; procurement; installation of a gold processing plant and working capital among others.

According to him, the diversification was due to the belief that natural resources are a viable substitute for oil, as necessitated by oil prices which have been nosediving even before the COVID-19 pandemic.

“The mining of these natural resources is not only profitable, it is without any negative impact on the environment,” Jegede said.

He noted that Japaul has already acquired mining and exploration licenses through buy-overs for the exploration, mining and exportation of gold, lithium, copper, tin, lead and zinc across seven states in Nigeria where strategic minerals have been discovered in commercial quantities and reserves.

He added that the company has also started a landmark restructuring and transitioning to become Nigeria’s first indigenous publicly quoted company in that space.

“We had the foresight that the situation of the oil and gas sector would not improve for a long time, which is the case today. We started training ourselves in mining related businesses and the rest is history. We have bought mining and exploration licenses for Gold, Lithium, Lead, Copper, Tin, Zinc etc., which our company will be working with,” Oladapo said.

He said the company already have Canadian expatriates that have been doing explorations works for it, specifically, MATRIX GEOTECH in Toronto, Canada adding that the company’s strategy is to start mining gold as from 2021 to 2022 while exploration works continue on other licenses that it has.

“With this new business focus, Japaul Gold and Ventures Plc is already positioned strategically for the supply of the oil of tomorrow to international markets which have unlimited demand as the world makes a more mineral-intensive transition from fossil fuel to low-emission energy and from the industrial revolution era to the use of more advanced technologies,” Oladapo said.

Jegede explained that the oil and gas servicing sector has been posing a whole lot of challenge as about $150 million was invested by the company for the purchase of different marine vessels, which have since stopped bringing returns to the shareholders because there have been no contracts with international oil companies (IOC) to engage them.

According to him, the few jobs available with the IOC became so competitive to the extent that the company had to give out a number of its vessels at daily charter rate which is below cost of operations. For instance, the AHTS vessel that it used to give out on charter for $30,000 per day came down to less than $10,000 per day which is even far less than the cost of running the vessel per day.

“With this situation, we have been incurring losses for some time now and no dividend is being paid and debt in the bank was mounting. The company was finding it difficult to meet her various obligations. The way the daily charter rate for the vessels was going down is the same way the value of the vessels, which are the main assets of our company, was going down. The vessels became worthless,” Jegede said.