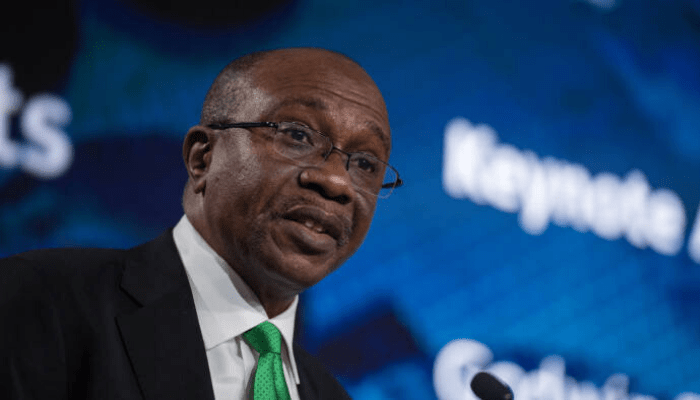 So far into the year 2020, the Nigerian stock exchange is taking an early lead in terms of returns when compared to counterparts on the continent, thanks to a Central Bank policy that triggered funds to spill into equities.

The main-board index of the market has gained about 3.5 per cent closing at 27,773.20 points from the start of the year till the close of trading Monday, making it the best and beating peers of other African markets, including the Johannesburg, the Nairobi and the Egyptian stock exchange.

Tanzanian stock exchange came next returning the second most at 2.85 per cent while the stock exchanges of Mauritius, Rwanda and Botswana completed the league of the top five with a year-to-date return of 2.14 per cent, 1.66 per cent and 1.37 per cent respectively. 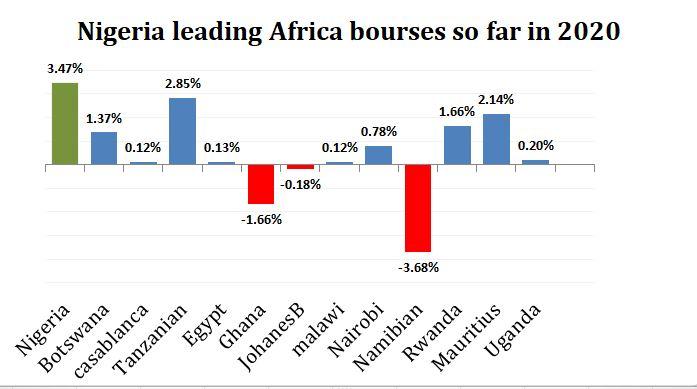 Since the Central Bank in October last year placed a ban on pension fund administrators, insurance companies and asset managers from partaking in its Open Market Operation (OMO) bills, the equity market has gotten a facelift.

The directive by the apex bank made non-banks foreign investors channel liquidity to other classes particularly Treasury bills and equities.

Yields in treasury bills crashed to an average of 4 per cent as investors jostle for the short term instruments.

When adjusted for inflation of 11.98 per cent, investors are left with a real yield of (-7 per cent).

The Nigerian equity market which was among the worst performer last year has been one of the biggest beneficiaries of the policy, rallying as much as 10 per cent before it started falling.

Pension Fund Administrators (PFAs) have increased their exposure in the market.

Data from pension regulator, PENCOM show that as at 31st December 2019, the industry has increased its weigh to N552.9 billion, about 5.41 per cent of its N10.22 trillion Asset under Management (AuM).

This was up from the 4.85 per cent of the total N9.8 trillion that was allocated to the asset class as at end of October 2019, immediately the directive was made.

The Nigerian stock exchange market could have continued its rallying spree but for the CBN’s directive, increasing the amount of money in which commercial banks park in its coffer at a zero per cent interest.

The Central Bank in its last monetary policy meeting and the first for the year raised the Cash Reserve Ratio (CRR) of commercial banks from 22.5 per cent to 27.5 per cent.

This halts a 10-day winning streak which the market started within the year as investors are left stranded over what the bank regulator would come up with next.

Aside from the hike in CRR, there is also the case of disappointing performance from the full-year financial of listed companies on the exchange. This has culminated into dampening investor’s sentiments further.